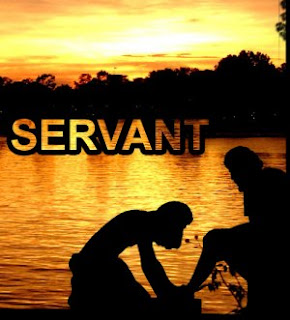 Whoever’s in charge of picking the Episcopal lessons for this Sunday’s Gospel (Mark 10:35-45) missed three verses (vv. 32-34) which are rather important for understanding the whole dynamic of what’s going on between Jesus and the disciples: “32They were on the road, going up to Jerusalem, and Jesus was walking ahead of them; they were amazed, and those who followed were afraid. He took the twelve aside again and began to tell them what was to happen to him, 33saying, ‘See, we are going up to Jerusalem, and the Son of Man will be handed over to the chief priests and the scribes, and they will condemn him to death; then they will hand him over to the Gentiles; 34they will mock him, and spit upon him, and flog him, and kill him; and after three days he will rise again.’”

This is the third time that Mark shows Jesus explaining to the disciples the destiny and meaning of his mission, and three times the disciples clearly don’t “get it”. His predictions are really the summary of Mark’s Gospel as Mark knows it.  First, Peter tries to hush Jesus up for speaking about suffering and being killed, but Jesus rebukes Peter and tries to set his and the disciples’ thinking straight.  Then on the road to Capernaum Jesus notices a little argument going on among them, and later confronts them, only to find out that they’ve been bickering about who’s “the greatest”. So, Jesus uses a visual aid in the form of a little child on his lap: a symbol of one who is totally helpless and dispossessed, and how this is the kind of simplicity they’re to imitate as God’s servants, even as he will on the Cross.  But their only response is to change the subject and to rant about someone who was also preaching in Jesus’ name, and whom they tried to stop “because he was not following us”.  And now, after marching them in single-file on the road, according to seniority, as was the custom in those days, the young “Sons of Thunder”, James and John, have the audacity to ignore what Jesus has been saying and to initiate a power grab: “Teacher, we want you to do for us whatever we ask you.” How would you have reacted, had you been there??

Posted by Harry Allagree at 8:19 PM