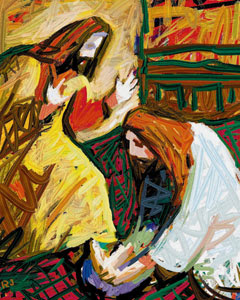 A Homely Take On The Great Commandment 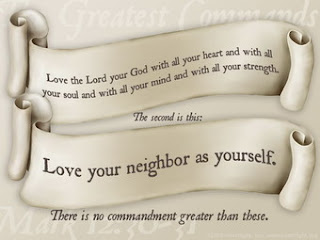 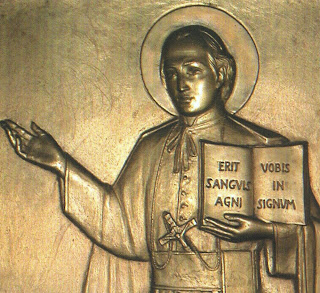 Today is the liturgical commemoration of St. Gaspar del Bufalo (1786-1837), Roman priest and founder of the Society of the Precious Blood, whose original purpose included missionary work -- being "sent" -- whether at home or in foreign lands. The Society has changed its name intentionally in recent years to "The Missionaries of the Precious Blood". In Gaspar's time, the priest and brother missionaries were sent to renew and reinvigorate diocesan clergy, to literally preach the Gospel and minister to the needs of farmers, laborers, families and young people through parish retreats and what amounted to "revivals", and were even involved in outreach to gangs of banditti, not unlike the Mafia or urban gangs of our time.


When the Missionaries of the Precious Blood came to America in December, 1843, via a Swiss priest member, Father Francis de Sales Brunner, and his companions, the "being sent" took on a slightly different form in a pioneer America which was then only 67 years old. Embarking on a primitive and difficult way of life, the Missionaries eventually set up many missions, parishes, schools, and a seminary primarily in northwestern Ohio. Over nearly 170 years the Missionaries eventually formed the seven Provinces which exist today: in the U.S., Portugal, Italy, Poland, and Austria, with missions in Mexico, Chile, Guatemala, Peru, Colombia, Brazil, Guinea Bissau, Tanzania, India, and Vietnam. While this would probably blow Gaspar's mind, were he here to see it today, he would also be exceedingly gratified and thankful to see the rich fruit of his and his early brothers' and sisters' intense efforts.


Gaspar, who was admittedly somewhat of a high-strung individual, nevertheless distinguished himself from an early age on as someone very close to God. He could, indeed, be called a genuinely "pure soul". The apostolate he envisioned from his earliest priestly days as a Canon at San Marco in Rome was rather diverse, "but one sustained by a single ideal", according to Father Beniamino Conti, C.PP.S.: that of promoting, in every way open to him, the devotion to the Most Precious Blood with passionate and ardent love. Blessed Pope John XXIII, a true "fan" of Gaspar's, described him in 1960 as the "distinguished champion" of the devotion, and said: "the Most Precious Blood was the point of light of the apostolate of St. Gaspar del Bufalo, the glory of Rome..." Again, in 1960, he referred to Gaspar as "the true and greatest apostle of the devotion to the Most Precious Blood in the world."


In his book St. Gaspar del Bufalo: Apostle of the Blood of Christ, Part II, Father Conti notes: "...Gaspar appears as the one who, absorbed and strengthened by the cry of the Blood of Jesus, presented it to the souls of his time..." If you read Gaspar's writings, you can't help but notice the urgency he displays to make people aware of this mystery of faith. Blessed Pope John XXIII indirectly confirmed the significance of devotion to the Precious Blood when, in a January, 1963 surprise visit to the Missionaries at Santa Maria in Trivio, where Gaspar's tomb is, he said: "However, outstanding was a sort of revelation which [Gaspar] experienced concerning the devotion to the Most Precious Blood of our Lord, a devotion cherished by his sons and daughters [the Sister Adorers of the Blood of Christ, and later the Sisters of the Precious Blood], and by so many others. And they have cooperated here at Rome in the fashioning of that combination which appeals to the humble Vicar of Christ of today, and to those of all times, because it is found in the Sacred Liturgy, namely that triple devotion: to the Name of Jesus, to the Heart of Jesus, to the Blood of Jesus..."


As I offered Morning Prayer today I glanced at the missionary crucifix and chain which was presented to me at my ordination on May 31, 1964, as I became a Missionary of the Precious Blood. Though I've long since been released from my vow of fidelity to Gaspar's Society, I've tried to carry the missionary spirit of it all these years and into my ministry as an Episcopal priest. If there's one thing the Episcopal Church is dead serious about, it's mission: the "sending out", the commission, which each of us, clergy or lay, received in our Baptism. In gazing at the crucifix this morning, it occurred to me that Gaspar's vision and dedication to mission in the power of the Blood of Jesus, the symbol of Love which is willing to give completely of itself, is applicable to all of us, regardless of our state in life.


Gaspar refers, in his sixth circular letter to the Community in 1832, just 18 years after the Society was founded, to: "this most disastrous time in which we are living. Ungrateful beyond comparison and possessed of an extremely hardened heart is the person who does not feel and perceive the obligation of serving the honor and glory of Jesus Christ..." In an earlier circular letter, in 1826, he talks about missionaries representing "so many mystic stones fashioned for the work to be done, reminiscent of the words of St. Paul: 'You are part of a building that has the apostles and prophets for its foundations, and Christ Jesus himself for its main cornerstone'..." He urges his brothers to make three resolves: to God, to oneself, and to the Community in which they live. 1) To God: "...As you make your way in virtue, the daily bread with which you are to nourish and strengthen your souls in profound humility is that vivid awareness of the presence of God..." 2) To oneself: "...Your holiness of life and your good example should therefore be a continuous Mission to the people..." 3) To the Community in which they live: "Be lovers of silence; shun criticism and ridicule...Let all things be stepping stones to heaven...Whoever sows the field, sows with fatigue and labor. In the field of the Gospel, we sow with patience and suffering...Let the Society and every one of its members be dear to you..." What better resolves could guide our way as we're "sent out" to do our work in spreading the Good News of the Love who is Jesus the Christ?


Always aware that a deep spiritual practice is the essential foundation for the life of a missionary, one sent to proclaim the glad tidings of Christ's love, Gaspar concludes: "...Our hearts must be free from all things foreign to our calling and occupation. Love to talk with God. Be an apostle while working in the Missions and a contemplative at home..."

Posted by Harry Allagree at 10:50 PM No comments: Links to this post 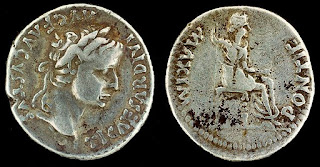