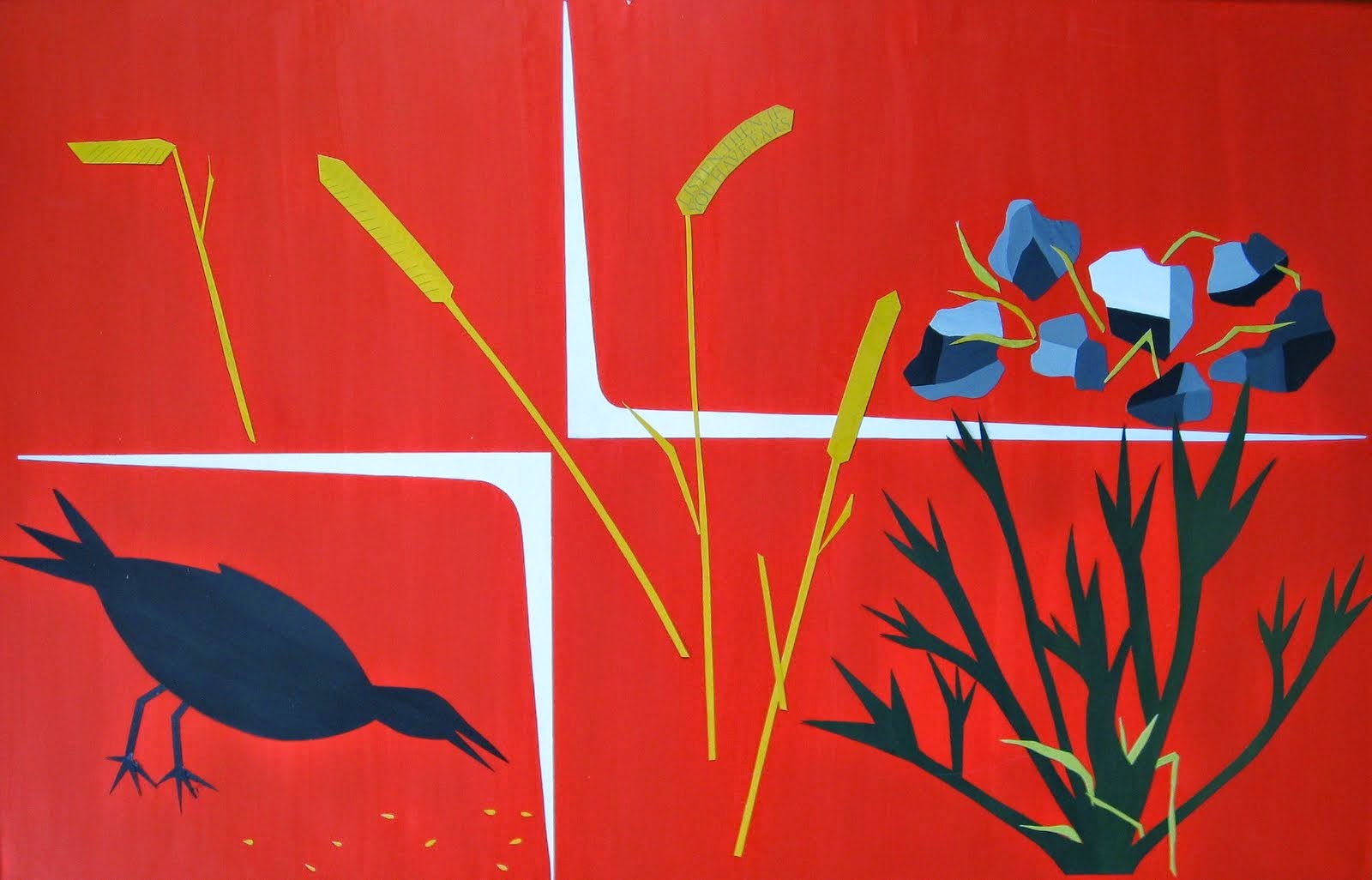 Parables are meant to get people to think. The bottom line is that we don’t interpret parables, so much as parables interpret us. Parables guide us to see things in different ways, with paradoxes, multiple, even conflicting interpretations. Parables get us to think, especially about the reign of the Holy One.

Matthew’s parable of the sower focusses on four types of soil. The sower uses a method of sowing, called “broadcasting”, sort of flinging the seed every which way. Matthew pictures a series of failures and successes. The effect is rather monotonous and repetitious. Very much like life. Life has its cycles and patterns. One season or year is quite like the foregoing ones. The challenge is whether you and I can ever see more than we want to see, to check whether we’ve let our eyes become dull, if we’ve come to the point of asking, “Is this all there is?”

Results of sowing seed vary. Matthew’s account lists the good soil’s yield as a hundredfold, sixty, and thirty. Mark lists the return as thirty, sixty, and a hundredfold. The non-canonical Gospel of Thomas, written before either Mark or Matthew, puts it this way: “...it produced a good crop: it yielded sixty per measure and one hundred twenty per measure.” Whatever the yield figure, between 60 and 120, God’s superabundant graciousness is far beyond what we might expect.

The clear implication is that growth isn’t guaranteed. The rhythm of normality is deceptive, and the divine presence tends to be
easily missed by those without ears to hear. The coming of the reign of God is neither an explosive event, nor a predictably rising curve in which things keep getting better and better every day. It’s a mixture of failure and success. Note that at the beginning of the Gospel passage, Jesus “went out of the house”, out of the place of security, and “sat beside the sea”, which is the realm of chaos, of uncertainty, associated as the sea is with fierce wind, swelling waves, and unpredictability.

Parables can be terribly frustrating for “bottom-line” folks who just want to "cut to the chase", perhaps missing the importance of the routine, the mundane in human life. You and I continually sow without really knowing what’s going to come up, yet we keep sowing. Learning to appreciate the 30’s and 60’s, and not lament them, takes work. Anyone can brag about the 100’s. What was going on between Jesus and the disciples, Matthew says, was a learning process. One may easily interpret the sower parable in relation to mission, but that would be to miss the important connection of parable with learning, with being formed spiritually. One thinks of the root meaning of the word seminary, deriving from the Latin for seed: a place where seeds are sown and planted, but which take long periods of time in order to mature and come to fruition.

This parable of the sower, leads also to other insights. You can't, for example, grow wheat on rocks. Nevertheless, when we’re called to do something, the results aren’t necessarily restricted by soil. Sometimes bad soil and weeds are too much, and don’t produce yields, or very little ones. Sometimes, the astounding happens. Either way, that’s not our concern. In our call we’re to be faithful, not necessarily successful.

Another thing modeled in the parable is that, after sowing the seed, even if the “growth”, the response, seems meager, it’s still important to be patient with those willing and eager to “listen”, and to go deeper with them into the sacred mysteries. Likewise the parable may be pointing us to the fact that, though the reign of the Holy One is inseparably bound up with the proclaiming of it, the task of a sower is simply to sow, not to create the seed. Finally, as we try to relate Jesus’ teaching of the parable of the sower to our own lives, you and I can recognize that we’ve been like all the types of soil at one time or other.

I was raised very devoutly from childhood by my Roman Catholic mother, and attended church every week. The family Bible, which I still have, endlessly fascinated me, though I didn’t actually read much of it at the time, probably because of the archaic language of the Douay Rheims Version! What grabbed me particularly were the etchings, depicting great biblical stories.

When I was in 7th grade Mom gave me my first spiritual classic : The Imitation of Christ, by Thomas à Kempis, which I read and reflected on many times, along with the Scriptures which I read nearly every day during 13 years in Catholic seminary, and in my early years as a priest. Perhaps this was the “good soil” phase, in which the seed of the Word was sown?

Later, while I was a college chaplain and philosophy instructor at, in the mid-60’s, I was actively involved  along with many of my colleagues in the civil rights movement, then front-page news. We were outspoken on behalf of African-Americans on campus and in the community, and openly critical of conservative clergy in the area. Yet, when invited by friends to join them in going to Alabama, to march and give witness in the now-famous 1966 walk from Selma to Montgomery, I cringed and backed off out of fear, and offered all sorts of excuses for not going. Well, obviously, some of that “good soil” of the Word seemed to have deteriorated a bit! “...let some trial come, or some persecution on account of the Word, and that person falls away at once…”

After my release from the Catholic priesthood in the late ’60’s, I  went through a period when I stopped reading, stopped going to church altogether for some time. The rocky ground where the seed fell seemed to allow what had been sown in my heart to recede in importance to me.

In the early ‘70’s, I’d mostly resumed what spiritual practice I had. By then I was employed in textbook sales in a large territory in the South. On the road or in the air most of the year, I became consumed with sales quotas, earning commissions, competing within other company divisions, and trying to please the boss. It was easy to slip into becoming the typical salesman stereotype who worked hard all day and partied harder after hours to relieve the stress. I was no slouch in wining and dining customers to ensure sales, nor in being “out on the town” with the other guys and gals. It took me a good four years to realize how tired, and empty, and unhappy my spirit was, and, truthfully, how relatively unproductive I was. Kind of like seed choked by thorns.

Over the years I rode the spiritual roller coaster, as most of us do: up and down, faithful and lax, fervent and lukewarm. As we all must, I faced my inevitable share, of difficult, depressing personal situations: the death of a former spouse; divorce; conflict with parishioners; serious illnesses of my children; the challenges of aging.

Do you and I ever fully understand what’s happening on the ground of our soul, or how, or why? T. S. Eliot reminds us, “In my beginning is my end...For us there is only the trying. The rest is not our business.” I eventually emerged able to continue sowing and receiving the seed, sometimes willingly, sometimes unwillingly: from the Scriptures, from other holy writings, and even occasionally from The Imitation of Christ. I stand in wonder at the ever new sprouts of growth popping up from the soil of the spirit, most often in the events and people who are in my life. The measuring of growth of crops and yields doesn’t concern me so much now. It’s enough at this point to “set the mind on the Spirit [who] is life and peace”, to know that “the Spirit of the One who raised Jesus from the dead dwells in you [and me]”.

“We shall not cease from exploration,” says Eliot, “And the end of all our exploring/Will be to arrive where we started/And know the place for the first time.”

bless you for your honesty!
Michelle Jackson, ObJN

Oh, and welcome back! I missed you.