How To Deal With A Sticky Wicket 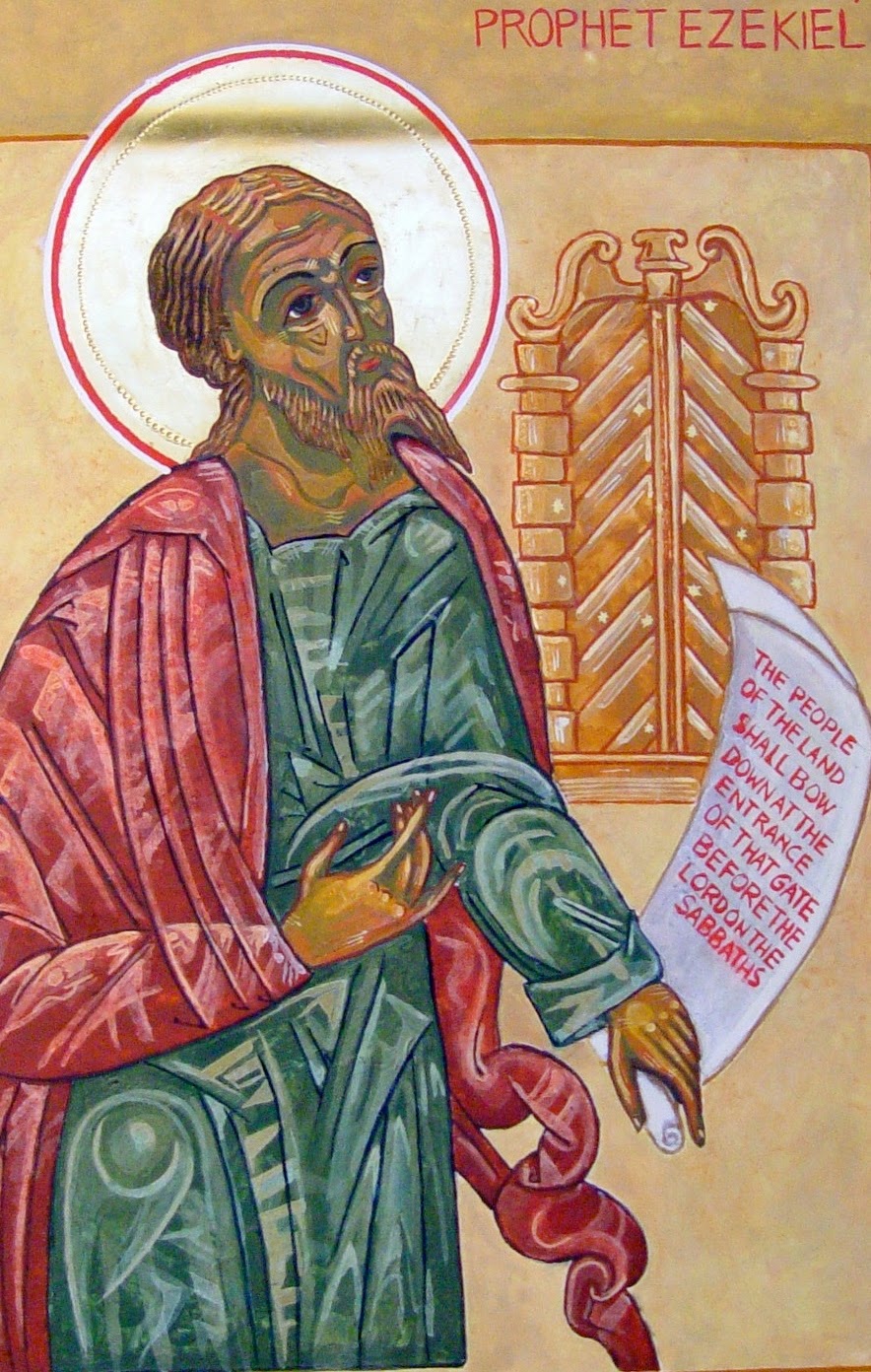 Ezekiel spoke his prophecies in the historical context of the 6th cent. B. C. exile of the Jewish people to Babylon. Nebuchadrezzar II had captured the city of Jerusalem in 597 and sent the king, Jehoiakim, most of the ruling class, and many others, including Ezekiel, to Babylon.  Ezekiel lived for five years in a town along the Chebar River, and four years after being exiled, Ezekiel reflects,“the heavens opened, and I saw visions of God...” Today’s reading is taken from the third part of Ezekiel’s book, Chapters 33-48, dating from the time after Jerusalem’s fall. God’s commissioning of Ezekiel is recounted both in Chapters 1-3 and in Chapter 33, today’s reading.

Ezekiel, the son of Buzi, and a priest, was a younger contemporary of the prophet Jeremiah. God’s commission to Ezekiel is very clear (Ezekiel 33:7-11):  “Mortal, I have made you a sentinel for the house of Israel; whenever you hear a word from my mouth, you shall give them warning from me.” He’s to be God’s watchman, pushing  an unwilling people to take personal responsibility for their actions by communicating to them what God expects of them. But Ezekiel is a bridge-prophet. Like prophets before the Exile he insists that religion must be a true inner commitment to God, lived out in daily life. He’s clear about the reality of sin, and about the certainty of the people’s accountability  before God’s judgment. But like the later prophets Ezekiel, with his deep sense of God’s utter holiness and transcendence, is also keenly aware of the people’s need to faithfully honor God in their worship. He struggles with the issue of their repeated infidelity and guilt, with the reality that they’ve constantly met God’s acts of mercy with rebelliousness and disregard, to the point that now the logical consequence of their irresponsibility is the destruction of Jerusalem, the very center of their life and worship. They have, in effect, questioned God’s nearness and openness to them, implying that God is different from God’s revelation of Godself, that God is something other than God really is. And Ezekiel’s call is to be God’s sentinel, God’s watchman: informing them of the deserved punishment about to come upon them, as well as teaching them that, despite all this, God unrelentingly forgives them. Ezekiel prepares them for God’s future restoration of their nation and for God’s inner renewal of their hearts.

Echoing Ezechiel’s message, St. Paul reminds the Roman Christians (Romans 13:8-14) that “...we owe no one anything except to love one another...”, that each person is to  “Love your neighbor as yourself...” for “love is the fulfilling of the law.”  Paul recognized that, as the reign of God takes shapes among human beings, in every community of faith where you have two or more people together, there’s bound to be disagreements, arguments, and conflicts! When you and I are baptized, God commissions each of us, in and through Jesus the Christ, to be sentinels, watch-persons, over our lives: individually and as a community, the Church. To live in the reign of God means genuinely committing ourselves inwardly to live holy and loving lives all the time, not just selectively; recognizing when we’re acting selfishly, and holding both ourselves and others, as is appropriate, accountable. The guiding principle for this is always LOVE: love of God and love of one another, as Jesus teaches us.

To help us in a practical way to deal with differences of opinion and conviction, in varying degrees of intensity, through generosity and mutual understanding,  Matthew’s Gospel passage (Matthew 18:15-20) depicts Jesus offering one way, certainly not the only way, of doing this. First, you go to the other person(s) in order to resolve the difficulty and be reconciled.  Secondly, if that doesn’t work, you take several others in order to try again. Then, if again you’re unable to work out a mutual agreement, you take the matter to the wider community.

This is the point at which things can get sticky. What Matthew suggests Jesus saying, if an impasse is reached, is this: “let such a one be to you as a Gentile and a tax collector...” That seems unduly harsh, and presents an obvious problem.  Perhaps we need to look at this with new eyes. A story from the early desert fathers may give us a clue.

One of the hermits, facing a similar situation, goes to seek advice from the wise Abba Poemen. Abba Poemen tells him to follow in good faith all of the steps suggested by the Gospel. If an agreement still seems impossible, says Abba Poemen: “...then pray to God without anxiety, that God may satisfy him/them, and do not worry about it.”

Abba Poemen’s strategy is that, if in our conflicts with others we simply shun them, there likely will be no further possibility of resolution. He believes that if I’ve done all that I can and still reconciliation has failed, nevertheless, the effort should still continue, but in a diffferent way. One should pray to God without anxiety that God alone may help the other person(s) and us to work through the difficulty, thus all becoming effective participants in the reign of God.

It’s important for us to remember that even “a Gentile and a tax collector”, figuratively speaking, is also part of the reign of God, though perhaps unknowingly. Earlier in Matthew (12:18; 21), Jesus quotes Isaiah, referring to the Messiah: “‘Here is my servant...and he will proclaim justice to the Gentiles...And in his name the Gentiles will hope.’”

Lutheran pastor, Hank Langknecht comments: “A fanciful approach to this text might pretend that Jesus is talking to himself here since, in the end, he is the One against whom all have sinned...Jesus comes to us first alone, then embodied in one or two members of the community, and then Jesus surrounds us with loved ones who desire our repentance. And even though the plain sense of verse 17 is that those who fail to repent are excommunicated...in the reading for Proper 21 [Sept. 28] Jesus will tell us that tax collectors are entering the kingdom ahead of the righteous. So if it is true that in our refusal to repent we become as Gentiles and tax collectors, it is clear that we then become special objects of Jesus' attention and mercy.”