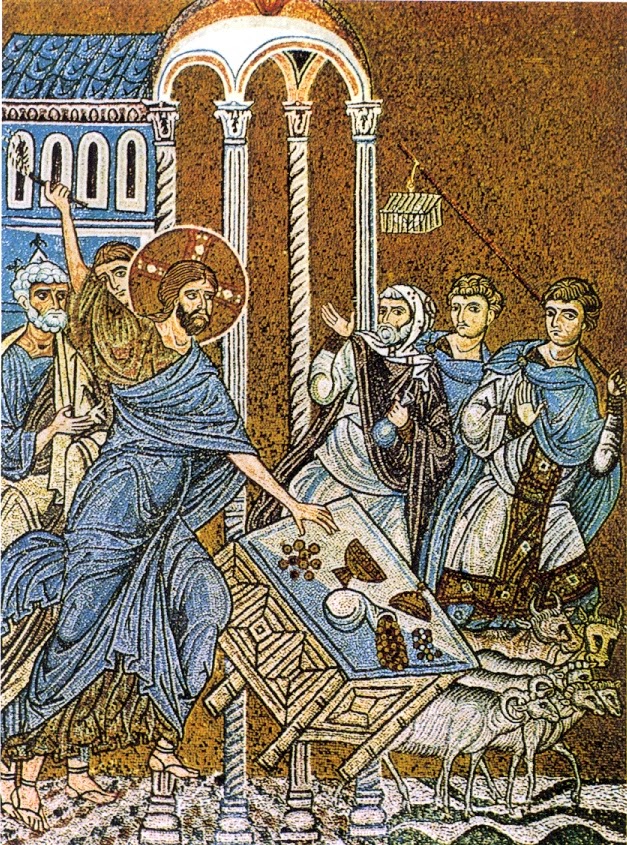 The Hebrew expression for what we call the commandments literally means the ten words/sayings. Lent reminds us how easily you and I, just as the Israelites, ignore or rationalize what God expects of us. The commandments, in fact, involve, more than anything else, our relationships: with ourselves, with God and with one another and the creation around us. Experience confirms how fragile these relationships can be, how easily damaged and broken through careless words and actions.

The Book of Common Prayer (pp. 847-848) clearly notes that the first four commandments have to do with recognizing that God alone is worthy of our love, worship and obedience. God is where we focus on setting our hearts, our trust. The remaining six commandments describe human relationships and how we’re responsible for the way in which we treat one another: honoring parents and those in authority; respecting life, working for peace, bearing no malice, prejudice or hatred towards anyone; being kind to all creatures; dealing honestly and fairly; looking to others‘ rights and necessities; using our God-given talents and resources; speaking the truth and not misleading others by silence; resisting envy, greed and jealousy; and rejoicing in all people’s gifts and graces. Sin has been defined as “treating people like things and things like people”, and in the sacred words given to Moses on the mountain there’s a firm warning against confusing such priorities. When things become idols, relationships invariably suffer.

It’s not uncommon to read the commandments and to conclude, just as Paul did, in one of his more memorable passages: “I can will what is right, but I cannot do it...I do not understand my own actions. For I do not do what I want, but I do the very thing I hate.” (Romans 7:18-19) Most of us can readily identify with Paul’s sense of human weakness and frustration. In the letter to the Romans he describes a kind of civil war taking place inside us. The sense that “I can will, but I cannot do” articulates the inner conflict between desire and power, raging within human beings ever since the Fall. Agnes Rogers Allen humorously quips:

“I should be better, brighter, thinner
And more intelligent at dinner.
I should reform and take pains,
Improve my person, use my brains.
There’s lots that I could do about it,
But will I?...Honestly, I doubt it.”
Are the commandments still even possible for followers of Jesus trying to serve God faithfully in an age so radically different from Moses’ culture? The BCP asks, on p. 848: “Since we do not fully obey them, are they useful at all?” It answers: “Since we do not fully obey them, we see more clearly our sin and our need for redemption.”

Remember that the commandments are part of a much larger narrative, namely, the whole story of the Exodus of God’s people out of Egypt and through the desert wilderness. Note the words prefacing the commandments in the Hebrew Scriptures: “I am the Lord your God, who brought you out of the land of Egypt, out of the house of slavery.” God’s redeeming words/commandments is given to people who have been released from slavery. The salvation of God’s people isn’t earned through their obedience to a code of law. God’s action of freeing them and leading them to a new life came first. Only as an appropriate human response to what God has already done does observing the Law make any sense.

On any given day you and I find it difficult to observe God’s words, keeping both the letter and the spirit of what God asks of us. The commandments’ specific details help to graphically remind us that we’re self-centered, sinful, i.e., constantly “missing the mark”, and that we need redemption. The various commandments emphasize God’s absolute claim on the totality of our life. But even though God’s claim on our lives is expressed in terms of specific things to do or not to do, we continually risk becoming distracted from God and of focussing on mere “requirements”. God’s commandments, God’s words, come to us as people whom God has already saved, through the One who is the unique Word of God, Jesus the Christ, God’s beloved.

As he himself grew spiritually, St. Paul began to understand the problem resulting from attempts to earn God’s approval merely by “keeping” the commandments. He came to recognize that God’s Law is different from legalism. Paul wrote to the Philippian community that he’d been keeping the Law, but for entirely the wrong reasons: “If anyone else has reason to be confident in the flesh, I have more: circumcised on the eighth day, a member of the people of Israel, of the tribe of Benjamin, a Hebrew born of Hebrews; as to the law, a Pharisee; as to zeal, a persecutor of the church; as to righteousness under the law, blameless. Yet whatever gains I had, these I have come to regard as loss because of Christ...For his sake I have suffered the loss of all things,..not having a righteousness of my own that comes from the law, but one that comes through faith in Christ, the righteousness from God based on faith...” (Philippians 3:4-11) Paul acknowledged that the Law, indeed, sets out God’s holy expectations of the way we should act towards God and each other. Yet the very way in which it redirects our attention and focus towards our activity and away from God’s is the Law’s weakness.

That’s the real issue at the heart of today’s Gospel reading, as Jesus enters the Temple and chases out the money-changers and the animal-sellers. (2:13-22) The confrontation between Jesus and the merchants is really a conflict over priorities of relationship. Who Jesus is, as Son of his Father, and what he represents, the living God, clashes with the loyalties of the religious institutional leaders. Jesus challenges them. After chasing out those who had set up their businesses in the immediate Temple area, Jesus makes a mysterious reference to the destruction of the Temple and to its being “raised” up again. Generations later, you and I understand Jesus’ words to be an image of his own death and resurrection, whereas the Jewish authorities think he literally means the Jerusalem Temple. And that seriously offends them, because, for the Jews, the Temple was the external witness to God, the place centered on God’s words, God’s Law. The Temple and the Law stood at the center of Jewish faith, yet these had become idols, ends in themselves, rather than the living God and their own people. Through misplaced devotion, the Jewish leaders let their focus be redirected away from relationship with God to merely fulfilling man-made requirements. They thus missed entirely the spirit of the first commandment: “You shall have no other gods before me.”

Our religious practices and preferences, too, can, and often do, become lesser gods, idols, for us if we let them become the chief objects of our devotion. In our attempt to excel and succeed as “good Christians”, we often begin to focus on what we think we should do, rather than on the fact that, as Paul says, “...Christ the power of God and the wisdom of God” (1 Corinthians 1:24-25) has already spelled out for us what we should be as his followers through his own living words and example.

The commandments are important words about what God intends for us. We and the society in which we live need to take them much more seriously than we currently do. Nevertheless, we must bear in mind that Christian faith and practice has everything to do with our relationships. Paul clearly reminds us of that when he says, “...we proclaim Christ...” May this Lenten season guide us to do that in all our words and actions.
Posted by Harry Allagree at 3:04 PM No comments: