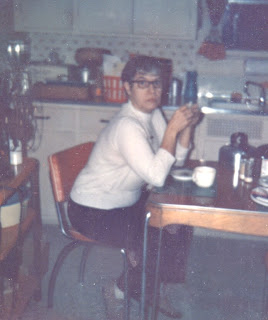 My eldest aunt and godmother, Florence Louise Saul, whom Mom always called "Aunt Fuzzy", was born two years before my mother. Besides being the eldest child of my grandparents, Florence had a very outgoing, fun-loving personality combined with a sort of professional seriousness. I had great respect for her, almost awe. Perhaps it was because of her confident, take-charge approach toward life and because of her knowledge, especially in the medical field. I also sensed that she valued to me as a real person, even as a child, and that she loved me very much.