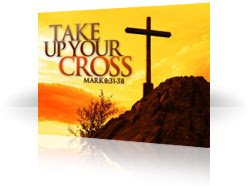 Time after time,
back then,
you heard that word
choose.
Choose partners --
Choose captains --
Choose up sides.

Remember not being chosen?

-- or being chosen last?
Everyone waited
for the other side
to take you first.

Everyone politely
pretended
that it didn’t matter.
But there was a
certainty
in your heart
that it did.

They were picked;
you weren’t;
and that mattered
and that hurt.

The story of Jesus
says something very simple.
It says
the simplest,
plainest,
clearest thing
that anyone can ever say
or ever hear.

It says
you are chosen.

Now and always,
whoever you are,
whatever you are like,
wherever you go.
You are chosen.

You are simply
chosen,
period.

I'm reminded of Julian's "The soul can do nothing but seek, suffer, and trust."