Dealing With One of Jesus' Hard Sayings 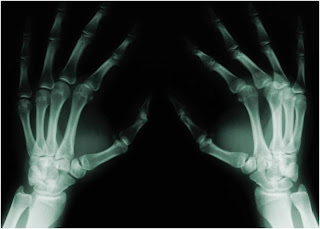 Nuechterlein envisions that the disciples’ reaction struck Jesus as so pathetic that he had to laugh!  Which could explain why Jesus continued by demonstrating what they were doing, but in a darkly humorous way: i.e., the stuff about making little ones stumble and having a millstone around your neck; about your hand or foot or eye making you stumble, so you cut it off. It’s definitely dark humor because it indicates how serious things really are. It helps us appreciate the seriousness involved in making a sister/brother stumble and fall; and even more so in sometimes setting examples as adults which lead our own children to stumble and fall. The consequences of all this stumbling into sin, Jesus hints, are the fires of violence. Mark’s Greek word, géenna, Gehenna, which we translate as hell, refers to the "valley of Hinnom", a place where, in ancient Israel, child sacrifice, the burning children on an altar, had been practiced. The fires of violence, Jesus hints, isn’t a place that God has created for us, but rather what we create for ourselves. The fire of our own human cravings and competitiveness and even violence, our desire and selfishness to have what others have, our willingness to do anything to get that, even if it means depriving another or cutting off another, or causing a brother/sister to stumble: that is the hell we create. Jesus says that we might as well cut off our hand or foot, or cut out our eye, if that's where we're going to end up, because that would be a more humane sacrifice than putting “one of these little ones” on an altar and burning them.

Could it also be that Jesus uses these words of dark humor, not to be taken literally but, perhaps with a grain of salt, so that he could offer us another way out, a totally different kind of sacrifice. Jesus, in dying on the cross, allows himself be cut off from us and from God, to be thrown into the sacrificial fires of our violence. Jesus trusted and hoped enough that God wouldn't let him stay cut off, and rightfully so. Jesus, one-d as he was in faith to God's self, became the way in which you and I could become reconnected, one-ed again with God.  "I am the vine, you are the branches. Those who abide in me and I in them bear much fruit, because apart from me you can do nothing. Whoever does not abide in me is thrown away like a branch and withers; such branches are gathered, thrown into the fire, and burned." (John 15:5-6)

Notice the same image for the consequences of not being connected with God through Jesus: being gathered up and thrown into the fires of our own violence. The Good News is that in being connected, one-ed, to the true vine who is Christ, we finally experience God's loving desire coming to fruition.  This is our way out of the stumbling block of our distorted mimetic desire, out of our passing this along to our children and to others.

The great 14th century mystic, Julian of Norwich, in her Revelations of Love, speaks eloquently about our human situation of constantly rising and falling, and of our being one-ed in Jesus by his great mercy.  Towards the end of her books she says:

“If there is any such one alive on earth who is constantly kept from
falling, I know it not, for it was not shown me.

But this was shown:
that whether in falling or in rising
we are ever preciously protected in one love.
In the sight of God we do not fall;
in the sight of self, we do not stand --
and both of these are true as I see it, but the way our Lord God
sees it is the highest truth...

But our good Lord wills always that we see ourselves more from the
point of view of the higher
(but not give up knowledge of the lower)
until the time that we are brought up above,
where we shall have our Lord Jesus for our reward,
and will be filled full of joy and bliss without end...”

Nice article, thanks for the information.