Remembering the Holy Souls: A Testimony of Faith 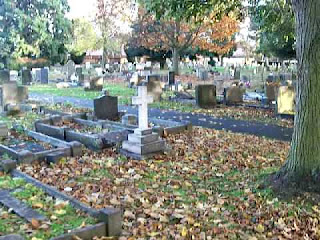 "Remembrance and prayers for the dead are signs of true affection when they are offered for the departed ones by the faithful most dear to them. There can be no doubt but that these prayers help after life those souls who while alive merited them. Should some emergency prevent the bodies of the dead being buried at all, should lack of facilities hinder them from resting in a holy place, prayers for the souls of these dead should not be neglected. The Church has taken upon herself an obligation, prayers for the dead; for all the dead who have died in the Christian and Catholic fellowship, mentioning them not by name but under a general commemoration. Those who lack parents, sons, kindred or friends have the benefits of these offices provided for them by the one holy mother, common to us all. But if these suffrages for the dead, offered with faith and piety were lacking, I doubt whether it would profit these souls one iota, no matter how holy might be the places where the lifeless bodies were laid.

Since this is so, let us reflect that nothing we do for the dead we love matters to them, except what we solemnly supplicate for them through the Sacrifice of the altar, or through prayers and almsgiving...Thus these duties toward a body which, although dead, is destined to rise again and to live throughout eternity, are in a way a testimony of faith in that belief..." (St. Augustine, One the care of the dead, Chapters 4 & 18)

Posted by Harry Allagree at 8:15 PM