The Blessing of The Name 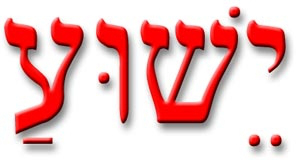 Through the words, in the Gospel today (2:15-21), which were spoken by God’s messengers to common sheep-tenders, Luke  states his understanding of the meaning of Christ’s birth in Bethlehem: “An angel of the Lord stood before them, and...said to them, ‘Do not be afraid; for see -- I am bringing you good news of great joy for all the people: to you is born this day in the city of David a Savior, who is the Messiah, the Lord...”
The short first reading on today’s feast of the Holy Name of Jesus, from the Book of Numbers (6:22-27), is the well-known Priestly Blessing, or Birkat Cohanim in Hebrew. It’s been used for centuries by our Jewish sisters and brothers, and was borrowed later by Christian communities, including the Episcopal Church. You can find it in An Order of Worship for the Evening in the Book of Common Prayer, p. 114: “The Lord bless you and keep you; the Lord make his face to shine upon you, and be gracious to you; the Lord lift up his countenance upon you, and give you peace.” Notice God’s directive which the author of Numbers includes right after this: “So they shall put my name on the Israelites, and I will bless them.” For the Hebrews, HASHEM = The Name, was the most sacred term in their vocabulary, embodying all that God is, to the point where they wouldn’t even pronounce God’s Name, but used other words to describe God.

What the Blessing means to say is that the Holy God’s name, i.e., all that makes God to be God, especially creation and redemption, is bestowed by God as a blessing, is placed upon the people of God. The threefold repetition, as well as God’s wish to bless, keep, make God’s face shine, be gracious, lift up God’s countenance, and give peace, covers every good thing imaginable for us: bodily, earthly, or spiritually. The totality of blessing is that God’s name, God’s character and identity, is placed upon the people. It’s as if God’s name tag, God’s identity tag, is placed on us, for us to wear it so that all with whom we come in contact may see and, in the words of the second reading from Philippians (2:5-11), “every tongue should confess that Jesus Christ is Lord, to the glory of God the Father.”

Luke’s Gospel passage is full of almost fantastical movement. After their appearance to the shepherds, God’s messengers, the angels, leave and go to heaven. The shepherds, overwhelmed by the sights and sounds, hurry to Bethlehem. Their quick stop with Mary, Joseph and the Child having verified the message they’d been given, the shepherds head out again to spread the good news, still as amazed as their hearers along the way are, “glorifying and praising God for all they had heard and seen, as it had been told them.”

Joseph and Mary, meanwhile, we can assume, left Bethlehem as quietly as they’d come, and eight days later, according to Jewish law, the baby boy was circumcised as one of God’s chosen people, and named. All during this time and probably for a long time after, Mary “treasured all these words and pondered them in her heart”. God’s messenger, Gabriel, had told her nine months before that she, God’s favored one, would conceive and bear a male child destined to be great, that he would be called “the Son of the Most High”, that the throne of his ancestor, David, would pass to him, that he would “reign over the house of Jacob forever”, and that his name would be Jesus = Yeshua or Yehoshua. The name comes from the Hebrew yasha = to be open, wide, free, to save. Jesus: the One who saves. In Jewish society the name stood for the person and indicated something about his or her history, purpose and mission in life. Jesus’ Hebrew name was fairly common. There’d been many Joshuas, many “saviors” in Jewish history. In God’s plan, however, this Yeshua, son of Mary and Joseph, was to be the long-awaited Savior: the Messiah, God’s Anointed One.

As in the Gospel, so also in St. Paul’s Epistle there’s a sense of movement, though in this case it’s certainly not “fantastical”, but soberly real. First a downward movement: “Have this mind in you, which was in Christ Jesus, who, though he was in the form of God, did not count equality with God a thing to be grasped, but emptied himself, taking the form of a servant, being born in the likeness of men...” Scholars refer to this as the “kenotic passage”, from Paul’s use of the verb related to the Greek word kenosis = emptying out, stripping oneself of.  Had Paul simply stopped there we could’ve spent a lifetime trying to comprehend this.

But the downward movement continues: “...And being found in human form he humbled himself and became obedient unto death...” Like us in every way but sin, Jesus, fully human, could be expected to die at some point. Yet, Paul says, the movement reaches even further down: “...[he became obedient] even [to] death on a cross.” Jesus willingly suffered the most humiliating, brutal form of death which the Roman Empire could devise for a human being. It isn’t a stretch to say that, in experiencing this, Jesus “hit bottom”.

But for Paul, who had exclaimed earlier in Philippians, “For me to live is Christ, and to die is gain!”, this wasn’t the end of Jesus’ story. Paul now talks about the upward movement, the supreme blessing which God the Father bestows on Jesus: “Therefore God has highly exalted him and bestowed on him the name which is above every name, that at the name of Jesus every knee should bend, in heaven and on earth and under the earth, and every tongue should confess that Jesus Christ is Lord, to the glory of God the Father.” What God is, Jesus embodies.

You’ve no doubt heard the question countless times: “Are you saved?” What the question usually implies is: “Can you name a specific time or date of a religious experience or conversion?” Or , it may be posed to see if some common ground exists: “Are you part of ‘the club’?”

The name of Jesus, the One who saves, carries no such narrow meanings. “Jesus saves” is unconditional. It means that Jesus doesn’t withhold himself from us. He accepts us. He accepts us despite anything that we’ve been in the past and often are in the present and may be in the future. Paul pointedly describes our sad sinful human condition in his Letter to Titus (3:1-3): “At one time, we too were foolish, disobedient, deceived and enslaved by all kinds of passions and pleasures. We lived in malice and envy, being hated and hating one another. But when the kindness and love of God our Savior appeared, he saved us, not because of righteous things we had done, but because of his mercy...” This is how we are. And Jesus accepts us. The biggest challenge, however, as the late distinguished theologian, Paul Tillich, pointed out, is our learning to accept that we are accepted.

If there’s one thing of which non-believers might accuse us who are blessed to wear the name tag of Jesus the Christ, it might be that we don’t take our belief seriously enough to live it and practice it every day, without all our churchly and religious props. We withhold ourselves and miss so many simple opportunities to extend Jesus’ saving love to one another: a smile; washing the dishes or cooking a meal; forgiving an old grudge; saying “Please” and “Thank you”; trying to understand another’s feelings or viewpoint, instead of writing them off or condemning them.

The First Letter of Peter suggests a better way: “...all of you, have unity of spirit, sympathy, love for one another, a tender heart, and a humble mind. Do not repay evil for evil or abuse for abuse; but, on the contrary, repay with a blessing. It is for this that you were called -- that you might inherit a blessing.”

In this new year ahead of us, let us continually be a blessing to one another, in the name of Jesus, the One who saves.
Posted by Harry Allagree at 12:58 PM

Awesome sermon! What lucky parishioners you have.

Fr. Harry, your sermons are indeed transformative in its depth and Truth...new wine. Thank you, Affectionately, Brenda ObJN

I am taking Father john-Julian's advice and now have your blog bookmarked. I look forward to learning many things.

I'm learning the site. I didn't finish the comments I made above.
Thank you Father Harry for being faithful to writing this until slow people like me find you.
Johannas