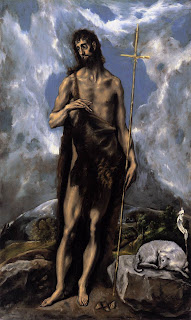 One of the phenomena of the 21st century in the field of entertainment is a program called The Voice, on which teams, each headed by a musical celebrity, vie with one another over a period of weeks to eventually arrive at the one contestant whose talent confirms her or him as The Voice.

Scripture had its own ongoing version of The Voice from the beginnings of creation. Predictably, the most common voice heard was "the voice of the Lord". Strong's Exhaustive Concordance of the Bible has six columns of references to voice, most of which belong to God. There were others: the voice of Rachel crying out for her children; the voices of unpopular prophets; the poetic and lyrical voice of the Psalmist; wise voices of the sages of Wisdom literature; the voice of the Angel Gabriel announcing Mary's pregnancy; the voice of John the Baptizer echoing renunciation, annunciation, and denunciation; the voice of Jesus of Nazareth: calling for a radical change of attitude and behavior, calling the hungry to eat the Bread of Life, the thirsty to drink from inexhaustible springs of eternal Life, calling to anyone who would listen an invitation to "Come, follow me", calling out to his Father from the cross in the midst of failure and despair, calling out to his disciples in the days following his rising from the dead, "Peace be with you!"

For this feast of the Nativity of John the Baptizer, St. Augustine of Hippo, in his wonderful Sermon 293, says regarding John: "At John's arrival Zechariah's voice is released, and it becomes clear at the coming of the one who was foretold. The release of Zechariah's voice at the birth of John is a parallel to the rending of the veil at Christ's crucifixion. If John were announcing his own coming, Zechariah's lips would not have been opened. The tongue is loosened because a voice is born. For when John was preaching the Lord's coming he was asked: 'Who are you?' And he replied: 'I am the voice of one crying in the wilderness.' The voice is John, but the Lord 'in the beginning was the Word.' John was a voice that lasted only for a time; Christ, the Word in the beginning, is eternal..."
Posted by Harry Allagree at 10:55 AM