Faith: Response To the Impossible 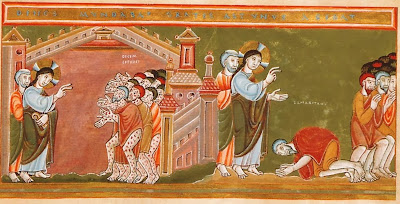 Put yourself into the situation described in the first reading from Jeremiah (29:1; 4-7). You’re among a people who’ve been thrown out of their sacred city and homes, and sent off to Babylon in 597 BCE about 500 miles away, as the crow flies, approximately the distance from here to San Diego. After your arrival, the elders/leaders, priests and prophets have received a letter from Jeremiah, the prophet back in Jerusalem, whom some of those same distinguished men loved to hate, as seen in previous chapters. Among the people’s many instances of criticizing, harassing and rejecting this bothersome prophet for calling them to account for their continual unfaithfulness to God, one of the priests, Pashur, assaults Jeremiah and locks him up in the stocks. (Chapter 20) That’s just a prelude to further persecution and King Zedekiah’s throwing Jeremiah into prison, then turning him over to Shephatiah, son of Pashur, and his gang of thugs to be thrown into a cistern, where, according to the writer of Jeremiah “...Jeremiah sank in the mud.”

Posted by Harry Allagree at 1:33 PM

Goodness, you've covered the territory—all three readings in one sermon! You continue to amaze!

A note: when I was developing propers for a votive Mass of Gratitude for the Order, I could find no proper Gospel reading about gratitude except this one about the grateful leper!