The Danger of Advent 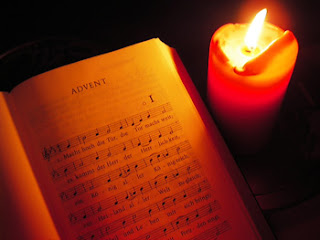 The late British Scripture scholar, J. B. Phillips (1906-1982), speaks of an Advent danger: that of Advent being too familiar to us Christians. Like any of the seasonal celebrations occurring year after year, we run the risk of becoming indifferent to the reasons behind the celebration and its meaning to us individually and corporately. In our culture, the irrational preoccupation with "Christmas", from at least October on, fairly blinds us to the rich meaning of the Advent season.

There was a time when Christian families routinely used visual aids to reflect on and emphasize Advent's significance: the Advent wreath, a daily Advent calendar, the Jesse Tree, etc. Some families, I'm sure, continue those traditions, but I wonder if it's in any sense a widespread practice today.

J. B. Phillips, in an article "The Christian Year", notes: "What we are in fact celebrating is the awe-inspiring humility of God, and no amount of familiarity with the trappings of Christmas should ever blind us to its quiet but explosive significance. For Christians believe that so great is God's love and concern for humanity that he himself became a man. Amid the sparkle and colour and music of the day's celebration we do well to remember that God's insertion of himself into human history was achieved with an almost frightening quietness and humility."

Look at the historic facts: when Jesus was born few people were really aware of what was happening, even his parents. After the fact, apparently, no one spoke openly about this unusual human being for some thirty years. As an adult, he was recognized by few people for who he really was. In fact for the short two or three years in which he taught, preached and did remarkable healings, he was looked down upon, opposed, and written off by many folks as pretty much a nobody. He was betrayed by one of his inner circle of followers, deserted by many of the rest of them after his arrest, and murdered by Roman occupiers and Jewish leaders outside the capital city, as a common criminal. By human measuring, this was just another young, poor, idealistic man who failed in the pursuit of his cause, and was murdered by professional politicians and religious fundamentalists in an outback province occupied by Rome.

But Phillips makes this observation, quite relevant in this age of outspoken professed atheists like Christopher Hitchens and Richard Dawkins: "It is two thousand years ago that his apparently invincible [Roman] Empire utterly collapsed, and all that is left of it is ruins. Yet the baby, born in such pitiful humility and cut down as a young man in his prime, commands the allegiance of millions of people all over the world. Although they have never seen him, he has become friend and companion to innumerable people. This undeniable fact is, by any measurement, the most astonishing phenomenon in human history. It is a solid rock of evidence that no agnostic [or atheist!] can ever explain away."
Posted by Harry Allagree at 8:40 PM