The Resurrection: Mystery of Jesus Risen, Glorified, Sending the Spirit 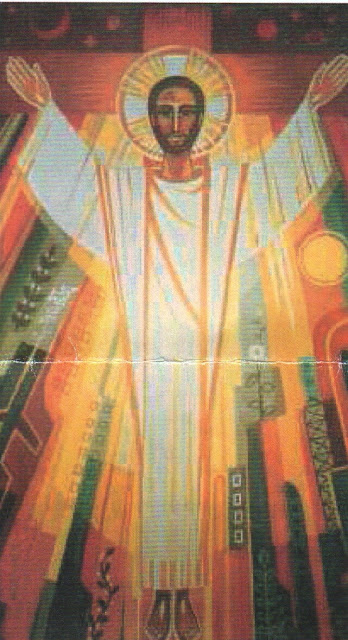 Paul the Apostle, in 1st Corinthians (15:12-20) so well expresses the bottom line, the reality regarding the Resurrection: “Now if Christ is proclaimed as raised from the dead, how can some of you say there is no resurrection of the dead? If there is no resurrection of the dead, then Christ has not been raised; and if Christ has not been raised, then our proclamation has been in vain and your faith has been in vain. We are even found to be misrepresenting God, because we testified of God that he raised Christ—whom he did not raise if it is true that the dead are not raised. For if the dead are not raised, then Christ has not been raised. If Christ has not been raised, your faith is futile and you are still in your sins. Then those also who have died* in Christ have perished. If for this life only we have hoped in Christ, we are of all people most to be pitied. But in fact Christ has been raised from the dead…”
It’s unfortunate that many folks spend so much energy looking for the evidences of the physical happening, forgetting the greater importance of the meaning of the Resurrection, as John expresses it in the Gospel for Easter Sunday (John 20:1-18).  It’s a basic understanding of the Christian Scriptures that the risen Jesus isn’t restored to the normal life which he possessed before his death. He now dwells in eternal life, in God’s presence. The time and place which characterize earthly existence no longer applies to him in the risen state. From the moment that God raises Jesus up, he’s “in heaven”, in the presence of/with God.
What we call The Ascension is merely the use of spatial language to describe Jesus’ exaltation and glorification. Many early statements in the Christian Scriptures speak of the identity between Christ’s Resurrection and Ascension. “God raised up Jesus...being therefore exalted at the right hand of God.” (Acts 2:32-33) Christ Jesus “who was raised from the dead, who is at the right hand of God…” (Romans 8:34) “...the resurrection of Jesus Christ who has gone into heaven and is at the right hand of God.” (1 Peter 3:21-22)
Not only do the Christian Scriptures identify Jesus’ Resurrection and Ascension, but also the giving of the Spirit. Jesus had told his disciples at the Last Supper: “If I do not go away, the Paraclete will never come to you; whereas, if I do go, I shall send the Spirit to you.”  The Spirit’s coming follows Jesus’ death and is linked inseparably with the Resurrection and Ascension.
When Jesus speaks in John’s Gospel today of his Ascension, he’s not drawing attention primarily to his own glorification, for that process has been going on throughout his “hour”, as he calls it. Rather, Jesus draws attention to what his glorification will mean to humankind, to us: i.e., the giving of the Spirit which makes us children of God.
So, it’s not the Resurrection as Christ’s being glorified in heaven that we need to emphasize, but the Resurrection as the renewal of personal relations with the disciples and with us. Jesus has these relations in mind when he refers to the disciples as “my brothers” and describes the goal of the Ascension as “my Father and your Father, my God and your God.” Jesus identifies himself with his followers. He’s ascending to the Father who will now become the Father of the disciples and of all humanity.
Remember back a few Sundays when John told us that they alone are children of God who believe in Jesus (1:12) and are begotten by the Spirit from above (3:5). Jesus’ Resurrection/Ascension makes possible the giving of the Spirit who begets the believing disciples as God’s children. That’s why, in anticipation, Jesus now refers to them and to us as “my brothers”. Paul says that Jesus is the “firstborn among many brothers.” The writer of the Epistle to the Hebrews says, “he brought many sons to glory.”
In the Spirit which Jesus sends, he is continually present here among us. That’s the good news of the Resurrection: that by Jesus’ being raised up, as he said he would be, and glorified, you and I are set in a new relationship with Jesus, our brother, and with God, our Father.
The mystery of Jesus risen, glorified, and sending the Spirit is truly rich and awesome. Perhaps that’s why the Church now allows us 50 days of Eastertide to reflect on, pray over, and try to absorb into our lives the reality of these mysteries.  For now, let us simply pray:
“God, it is your happiness and life
that one son of man,
of all the men born into this world,
should go on living with us
and that one name should inspire us
from generation to generation -- Jesus Christ.
We are gathered here
in your presence
to pray that we may
hear and see him
and pass on his name
to all who wish to receive it.
Let your Spirit move us
to receive him from each other
and from you, this man
who is our future,
who lives with you
for all men and for the whole world.”
(Huub Oosterhuis)
Posted by Harry Allagree at 12:02 AM