An Antidote to Hopelessness & Fear 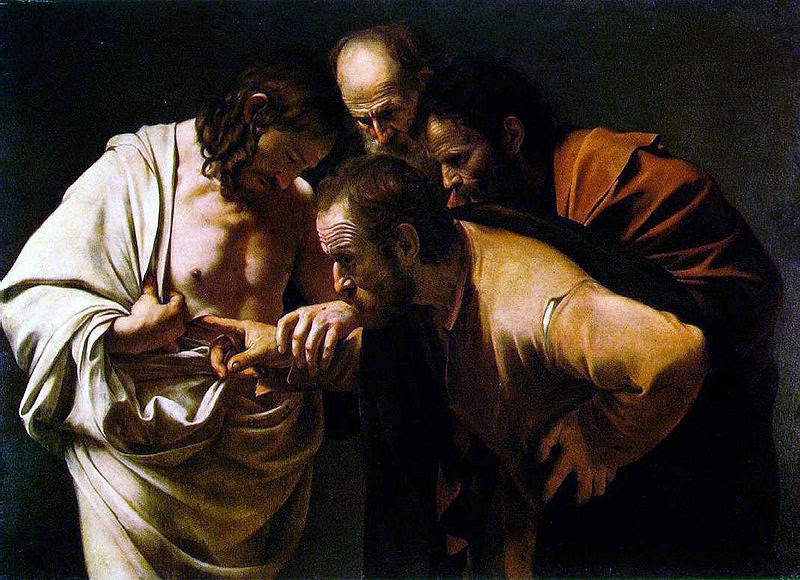 On the Day of Resurrection last week: Easter Sunday, the greatest feast of the Church’s year, we celebrated Christ’s decisive victory over evil and death. Easter also gives hints of resurrection in a number of other ways. With the arrival of Spring, surely varying in degree from year to year, we witness a transformation in nature, a resurrection, from cold and wind and storm to budding trees and blooming flowers. Fr. Pius Parsch says “Springtime is nature executing her Easter liturgy.” (The Church’s Year of Grace, Vol. III, p. 13) Nature becomes a sort of holy symbol, a picture book of God’s beauty and love.
Another kind of resurrection takes place within the Body of the Church. During the Easter services, you and I renewed the vows to which we committed ourselves when we were baptized. As the Church, you and I are part of a new and holy renewal, opening our minds and hearts to the energizing forces of the Risen Christ. Today’s Scripture readings give us specific examples of such renewal.

John’s account of the resurrection and its aftermath in his Gospel reports four instances of people’s reactions to it: first, John the Beloved, who looked into the empty tomb and “saw and believed”; second, Mary of Magdala, who, to her great distress, finds the tomb empty, but when called by name, sees and knows that the supposed gardener is really Jesus; third, the disciples, whose cowering fear is turned into joy as Jesus comes and stands among them; and finally, Thomas, the focus of today’s Gospel passage, wherein Jesus “comes and stands” once again (John 20:19-31). For the Gospel writers Jesus’ coming and standing describes the way in which the disciples experience the resurrected Lord.

St. John writes from the perspective of the increasing split between the Jewish tradition and the newly emerging Jesus movement toward the end of the 1st century, which had been brewing even from before Jesus’ death. Joseph of Arimathea had kept his discipleship secret “for fear of the Jewish leaders”. Many others were reluctant to openly support Jesus’ ministry for the same reason. The parents of the blind man whom Jesus cured at the Pool of Siloam fear to tell the truth “because they feared the Jewish officials”. John’s Gospel and three Epistles were “works in progress”, between 40-110 AD, and went through a number of “rewrites”.  Not long after the Gospel’s final edition appeared in the early 2nd century, a writer of John’s tradition penned the 1st Letter of John, a passage of which is today’s
Epistle (1 John 1:1-2:2). In Chapter 2:18-19 of that Epistle the writer speaks of dissenters, “antichrists” as he calls them, who have torn the community apart. Within the Christian community they’ve compromised the truth which Jesus handed down. John says: “They went out from us, but they did not belong to us...by going out they made it plain that none of them belongs to us. But you have been anointed by the Holy One…I write to you, not because you do not know the truth, but because you know it, and you know that no lie comes from the truth. Who is the liar but the one who denies that Jesus is the Christ?” It’s a stark reminder that when Christians or groups of them lose hope and become fearful, Christian confession begins to weaken. Confusion, doubt and misunderstanding creep in and soon faith is shaken, sometimes even lost.
The Church has always had to face this, even from the time of Jesus. So we shouldn’t be surprised at the atmosphere of hopelessness and fear displayed in today’s Gospel: “the doors of the house…were locked for fear of the Jews.” It’s into this situation that Jesus suddenly “came and stood among” the disciples on the evening of the day of Resurrection. “Shalom = Peace be to you!”, he says. They see that it’s really him because he shows them his hands and his side. Though there’s also some hard-to-name difference, they’re nevertheless reassured that it’s Jesus and they rejoice, their sagging spirits replaced with smiles.

Jesus repeats his wish of peace, and tells the disciples that even as the Father has already sent him to proclaim the Good News, so Jesus continues the Father’s work by now sending them to do the same. An Apostle is “one who is sent; an emissary”. In an important visible action Jesus “breathed on them and said to them, ‘Receive Holy Spirit’”, the Hebrew of which literally means God’s breath. The Risen Jesus sets God’s creative power into action, releases it, upon the community of his faith-full followers. This isn’t in order to achieve some sort of spiritual pyrotechnics, such as fantastic miracles or babbling in tongues, but to carry forward in their lives and relationships with others Jesus the Word, his message of compassion, forgiveness and servanthood.
Throughout his Gospel and letters, John views sin as unfaithfulness, unbelief. The Risen Lord here empowers his community of disciples, through the Father’s life-giving Spirit, to isolate, repel and negate all that is sin and evil. Easter is Jesus’ resurrection, his glorification as God’s Son, and the giving of the Spirit all rolled into one. It’s what finally enables the community of faith, the Church, to shed its fear and doubt, and to realize that it’s never abandoned or alone. The Risen One comes and stands with them, always.
Someone has noted that “A person who has never doubted is a person who has never thought.” Thomas wasn’t with the other disciples the night Jesus came to them. Thomas appears twice previously in John’s Gospel: once in Chapter 11 where he’s referred to as “the twin”, and again in Chapter 14 when, at the Last Supper, he says to Jesus: “Lord, we don’t know where you’re going. How can we know the way?”
Only in 1945, with the discovery of the Nag Hammadi writings in Egypt, did scholars become aware of a series of references to Thomas the Apostle, which Jesus’ followers would’ve heard about or with which they’d have been familiar. Among these writings is a well-preserved early Christian, non-canonical Gospel of Thomas, a collection of Jesus’ sayings. The opening line reads: “These are the secret sayings that the living Jesus spoke and Didymos Judas Thomas recorded.” Didymos is the Greek for twin. In this writing Thomas is pictured as a mystic seer, in contrast to his depiction in John’s Gospel. The Gospel of Thomas depicts Didymos Judas Thomas as a hero and the other Apostles as seemingly less knowledgeable. In John’s Gospel, it’s a literal-minded Thomas who seems not to understand. Given this as a background, it would be understandable that, within John’s community, his followers might have looked skeptically, perhaps with some scorn, at the claims of Thomas’ followers. When the other disciples tell Thomas that they’ve seen the Lord, Thomas reacts somewhat negatively and harshly: “Unless I see the mark of the nails...and put my finger in the mark of the nails...never will I believe!” Just as some of those dissenters in John’s community, mentioned earlier, Thomas displays the doubts and lack of secure faith which characterizes some 1st century Christians. He needs to see, to prove, to have it all nailed down first.
John recounts that a week later, Thomas is present when Jesus makes a return appearance, again declaring “Peace!” Wasting no time, Jesus invites Thomas to “put your finger here and see my hands. Reach out your hand and put it in my side. Don’t be faithless, but believing and faithful.” Thomas is dumbfounded. John doesn’t record whether Thomas ever acted on Jesus‘ invitation. Once the Risen Jesus had come and stood in front of him, all Thomas could do was to simply acknowledge the reality by stammering: “Yes, it’s Jesus and he is God!”
Jesus’ challenges Thomas, and us, to examine our faith without being too hasty in professing it: “Have you believed because you have seen me?” The late Anglican Franciscan and biblical scholar, Barnabas Lindars, observes:  “Being absent when Jesus appeared to the disciples on Easter night, Thomas was virtually in the position of the Christian who has not seen the risen Jesus, and he should not have needed a further appearance in order to come to faith.” “Blessed are those,” says Jesus, who haven’t seen...” and yet have faith that Jesus isn’t absent, that he’s always with us, always coming and standing before us in order that we can have faith.
John concludes with words which originally, before editing took place, concluded the whole Gospel. He says that he’s written down these signs, only a sampling of many, many signs which Jesus did, “so that you may continue to believe”, i.e., to set your heart on, to stake your life on, the Risen Christ who gives you and the whole Church enlightenment, love and life through the pouring out of the Holy Spirit as he comes and stands among us.

Spiritual writer, Frederick Buechner, who I might proudly add is also an Associate of our Order of Julian of Norwich, says: “...if you don’t have any doubts you are either kidding yourself or asleep. Doubts are the ants in the pants of faith. They keep it awake and moving.”
“Don’t be faithless, but believing and faithful.”

Posted by Harry Allagree at 8:23 PM