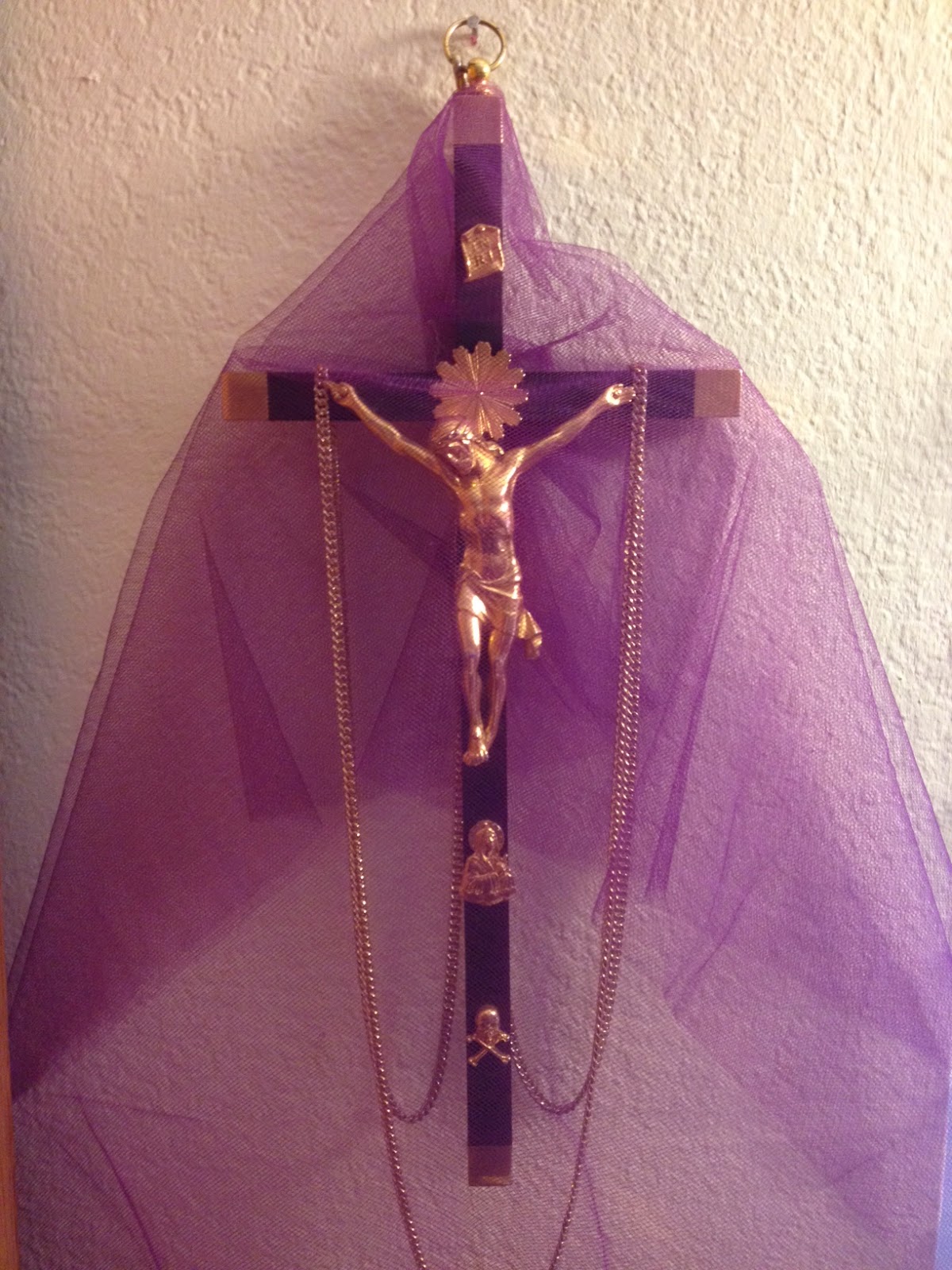 (From Hugo Rahner, "The Mystsery of the Cross", The Mysteries, Eranos Yearbooks 2, Pantheon Books, 1955):

"...In medieval art, Adam's skull was represented at the foot of the cross, because they knew that the cross was erected where Adam was created and was buried. Round it flowed the four rivers of paradise. On his deathbed, the legend went, Adam sent his son Seth to paradise to bring him the fruit of immortality from the tree of life. The angel gave him three seeds from which grew a threefold tree out of the dead Adam's mouth, made of cedar, pine and cypress. This is the tree that the soldiers cut down to make the cross of Christ. Such elaborate stories are part of the rich understanding and veneration of the Cross in early Christianity. Such mythological elaboration is a profound expression of the depth and the abundance of the understanding of this mystery as something so unique and so generous that it breaks through all attempt to classify it..."

Immortal tree, it extends from heaven to earth.
It is the fixed pivot of the universe,
the fulcrum of things,
the foundation of the world,
the cardinal point of the cosmos,
It binds together all the multiplicity of human nature.
It is held together by invisible nails of the spirit
in order to retain its bond with the Godhead.
It touches the highest summits of heaven
and with its feet holds fast the earth,
and it encompasses the vast middle atmosphere in between
with its immeasurable arms.

Posted by Harry Allagree at 9:53 AM

many Catholics nowadays don't know about it.
Get Best Info for Penguin Recovery