The Woman Who Wouldn't Take "No" For An Answer 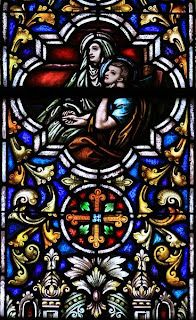