Justice In Our Own Backyard? 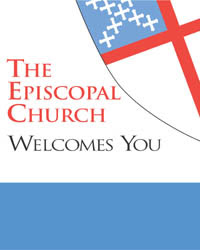 Ever since I read the article on February 7 on the blog The Lead, "Union cleaners out, non-union in at 815", I've been saddened and upset. [www.episcopalcafe.com/lead/] The news broke the same day in a New York Daily News article by Albor Ruiz. [www.nydailynews.com/ny_local/bronx/2010/02/07/2010-0207_abruptly_fired_ church_ crew_ needs_miracle.html]
The gist of the story is that nine union workers at the Episcopal Church Center in New York City lost their jobs, which paid standard wages and benefits, when the Church Center canceled its contract with Paris Maintenance, a union cleaning contractor, and replaced it with the non-union Benjamin Enterprises. "We came to work on Dec. 30 as every day, hoping to leave a little earlier to celebrate the new year," said Bronx native Héctor Miranda. "But when we got to the building we were told that we no longer worked there. Just like that."
Linda Watts, chief operating officer of the Episcopal Church, put out an official statement: "Budget constraints have prompted The Episcopal Church to review all contracts and to implement cost-cutting measures where possible," she said. But there was no mention of the plight of the nine men and women who lost their jobs or of lending them a helping hand. "Good luck, we wish you all the best," read the note the workers found in their lockers on Dec. 30.

Some have pointed out that the article is a bit misleading in that the union workers involved were employees, not of the Episcopal Church per se, but of Paris Maintenance. Nevertheless, the action taken, in favor of the Church Center's rehiring a non-unionized company, and the moral questions surrounding the situation are disturbing and deserve more reflection and action by folks in the Episcopal Church.
I encourage you to particularly look at the Comments section following the article on The Lead blog. You'll find a wide range of opinions reflecting the complexity of the issues. It does, however, highlight, at least for me, some major blunders the Episcopal Church made in handling the situation. Our Baptismal Covenant provides that we "respect the dignity of every human being". That's the theory. How do we who are the Episcopal Church (not just the Church Center executives and staffers!) live that out in practice?
Posted by Harry Allagree at 10:43 PM