What Is It That You Want? 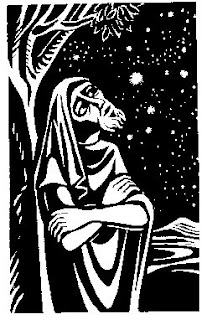 “Man was originally endowed with noble powers and a well-balanced mind. He was perfect in his being, and in harmony with God. His thoughts were pure, his aims holy. But through disobedience his powers were perverted, and selfishness took the place of love. His nature became so weakened through transgression that it was impossible for him, in his own strength, to resist the power of evil...[A]fter his sin he could no longer find joy in holiness, and he sought to hide from the presence of God...Education, culture, the exercise of the will, human effort, all have their proper sphere, but here they are powerless. They may produce an outward correctness of behavior, but they can not change the heart; they cannot purify the springs of life. There must be a power working from within, a new life from above, before man can be changed from sin to holiness. That power is Christ...” (Ellen G. White, pioneer of the Sabbatarian Adventist movement, and later the Seventh Day Adventist Church)

Lent, with its disciplines of prayer, fasting, and outreach to those in need, fosters our awareness of our utter need of God. In our society most everyone makes use of some sort of professional services: whether it’s shopping for clothes, requesting a bank loan, seeing a counselor, buying a new car. In each of these experiences you and I will hear someone ask some form of the following questions: “How may I help you?”, “What can I do for you?”, “What is it you want?”

In light of the Scripture readings today, from Genesis, Philippians, and Luke, the question: “ What is it that I want?” seems terribly relevant. Imagine Jesus coming among us, sitting down and spending time with all of us, and giving each one of us, personally, 10 minutes to answer his question: “What can I do for you; what do you really want?” How would you, how would I, answer?

In the first reading (Genesis 15:1-12;17-18), Abram asks point-blank the question which also includes includes a hint of an expected answer: “ O Lord God, what will you give me, for I continue childless, and the heir of my house is Eliezer of Damascus?” In the words of Paul in the second reading (Philippians 3:17-4:1) , Abram seems to have had his mind “set on earthly things”. The barrenness of Sarai and Abram’s having no children, no offspring, was, in his culture, a humiliation and a sign interpreted as God’s disfavor. Children were terribly important: to carry on the family and its name; to oversee and pass down family possessions; to increase, and thus give the family power and prestige in society. Eliezer, Abram’s slave, was designated as his heir. Nuzi/Nuzu tablets, discovered between 1925-1931 in modern-day Iraq, shed light on this adoption custom by a childless couple. In the ancient Akkadian culture a slave would be chosen to look after a childless patriarch and his wife in their old age, and provide for their burial in return for the slave’s endowment.

Taking Abram outside, God tells him: “ You’re worried about the wrong thing. I’ve got something which I know you really want: a son”. “Look toward heaven and count the stars, if you are able to count them...So shall your descendants be.” Plus, God throws in all the land to which Abram has migrated. With faith in God, yet still pressing his luck a little bit, Abram asks: “...how am I to know that I shall possess it?...Give me a sign!” God does Abram one better than just a sign. He has Abram bring the sacrifice of a heifer, a she-goat, a ram, a turtledove, and a pigeon: each cut in two and laid on the ground. Once the sun had set, says the Genesis writer, Abram was cast into “a deep sleep”, “and a deep and terrifying darkness descended on him...”, and “a smoking fire pot and a flaming torch passed between these pieces...”

Covenants, between God and human beings, is at the heart of the message of the Hebrew Scriptures. Covenants were a commonplace in patriarchal society, and could range from international treaties to simple contracts among people in ordinary life. To ratify the terms, the contracting parties would split sacrificial animals in two and then pass through the divided parts, symbolizing that they were calling down a similar destruction on themselves, should they be unfaithful to the covenant.

For God to make a covenant with a human being was something very special. While other covenants were, more or less, between equal parties, in this case it was the human party who was in utter need before the divine Being. The Genesis writer says simply: “On that day the Lord made a covenant with Abram.” Godself passes, as fire, between the sacrificed portions as the sign confirming the agreement. God’s assurances, however, included some “bad news” along with some “good news”. Verses 13-16, not included in today’s reading, reveal that Abram’s posterity would be strangers in a foreign land; they would experience slavery and oppression for some 400 years. But the “good news” was that God would bring judgment on the Canaanites; he would free the Hebrews, giving them “great possessions”; and Abram would pass on “in peace”, “at a good old age”. But God’s greatest assurance to Abram was that, in all of this, God is and will be there for Abram. It’s a promise. No matter what happens, God will be faithful to the agreement. So Abram, who thought that he wanted only an assurance of children and land, got much, much more: God’s enduring friendship and presence; he got a great people to follow him and build the nation -- and all because “he believed the Lord”.

St. Paul comments on this in his letter to the Romans (4:16-5:5): “ For this reason it depends on faith, in order that the promise may rest on grace and be guaranteed to all his descendants, not only to the adherents of the law but also to those who share the faith of Abraham... Hoping against hope, he believed that he would become ‘the father of many nations’,...He did not weaken in faith when he considered his own body, which was already as good as dead (for he was about a hundred years old), or when he considered the barrenness of Sarah’s womb. No distrust made him waver concerning the promise of God, but he grew strong in his faith...being fully convinced that God was able to do what he had promised. Therefore his faith ‘was reckoned to him as righteousness.’ Now the words, ‘it was reckoned to him’, were written not for his sake alone, but for ours also. It will be reckoned to us who believe in him who raised Jesus our Lord from the dead, who was handed over to death for our trespasses and was raised for our justification. Therefore, since we are justified by faith, we have peace with God through our Lord Jesus Christ, through whom we have obtained access to this grace in which we stand; and we boast in our hope of sharing the glory of God...because God’s love has been poured into our hearts through the Holy Spirit that has been given to us.” Paul puts h

is finger on what it is that you and I really want: God’s love, God’s presence, God’s Spirit -- for us.

In today’s 2nd reading (Philippians 3:17-4:1) Paul indicates that when people lack faith, such as Abram’s, it becomes normal for them to want what is destructive. He speaks first of “ the belly”, i.e., things, physical or intellectual, to feed upon in the hope of being fulfilled: food and drink; the latest gossip; superior knowledge which one can wield over others, or for feeding one’s pride. He also talks about “their shame”, i.e., the insatiable lusts of body, mind, or spirit which end up “eating” us alive. Finally, he mentions “earthly things”, i.e., anything which can draw us away or distract us from the Creator of all. Jesus the Christ and his lived message of the Cross is an embarrassment to such people, something abnormal. Sadly, for Paul who had fought so hard for his own faith, he’s speaking here about some within his own Christian community itself, to the point that Paul admittedly speaks “even with tears”. He reminds all who claim to follow Jesus that “our citizenship”, our true loyalty, “is in heaven”: “we are expecting a Savior, the Lord Jesus Christ...”

What Paul wants is for all those in the community of faith, including us, to sustain and be sustained by each other’s example, to show by how we live what it is that each of us really wants and can attain by God’s gift. The pathos and sadness which Paul feels for members of his own Christian community, who seem to pursue selfish priorities and willfully reject Christ by their attitudes and actions, mirrors the sentiments of Jesus in the Gospel as he looks out over the city of Jerusalem, the “ city of peace”.

Two striking images jump out at us from Luke’s Gospel (13:31-35): those of stoning and gathering. Jerusalem, for all its sacredness, for all its being preeminently “God’s place”, the place of the Covenant, is at the same time a violent and vengeful place. Its inhabitants have grown smug and self-reliant. They consider it blasphemy when holy prophets come in and accuse them of faithlessness. How dare they?! “Abraham is our father!” (John 8:53) Yet God consistently sends prophets to call people, even God’s people, to accountability, to rightness with God, and, by contrast with the macho way Jerusalem treats strangers, God does so with a tenderness, nurturing and wisdom that’s truly maternal. “How often have I desired to gather your children together as a hen gathers her brood under her wings...”

So, the question remains: “ What do you want?” Some, in both Jesus’ and Paul’s time, willfully choose themselves, their interests, things, in place of God. Yet some also, like Abram and Paul, though so human and prone to waver, still believe and get much more than they ever asked for or imagined.

Peter Gomes, of Harvard’s Divinity School says: “ Resistance to the Gospel is to be expected.” That’s fairly clear from the Bible, from history, and from our own lives. Yet, God continues to pursue us despite our stonewalling, even in the face of our rejection, our unfaith. God is unwilling to let us go, even when we “were not willing”.
“I fled Him, down the nights and down the days;
I fled Him, down the arches of the years;
I fled Him, down the labyrinthine ways
Of my own mind...”
writes the poet, Francis Thompson, in his moving poem, The Hound of Heaven, then has God say:
“Alack, thou knowest not
How little worthy of any love thou art!
Whom wilt thou find to love ignoble thee,
Save Me, save only Me?...”
Only when Jesus has done all that’s possible, all that the Father intends for him to do, spending all that he has, giving his very life’s blood on a cross in hope, does he leave us, only to return again.

“ Jerusalem, Jerusalem: what is it that you really want?” Whatever answer we may eventually formulate for ourselves during this season of Lent, we have the assurance that Jesus, the “mother-hen” of the brood, is here with us, ready to give it to us.
Posted by Harry Allagree at 6:39 PM