The Blood, The Heart, The Name 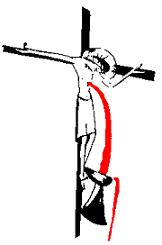 Although the Episcopal Church does not formally celebrate the feasts of the Sacred Heart of Jesus or the Precious Blood, it happens that both feasts coincide today for those who do honor them. The concepts of the Heart of Christ and his Precious Blood as objects of devotion are, I believe, rather foreign to the spirituality of modern-day Americans, other than a few Roman Catholics. The best articulation I've ever read of a sort of summary of the theology which binds together not only the Sacred Heart and Precious Blood, but also the Holy Name, was from a talk given by Blessed John XXIII at St. Peter's Basilica on June 2, 1962. The Holy Father was speaking at a general audience, among which were members of the Society of the Precious Blood, led by the late Fr. Herbert Linenberger, then Moderator General of the Society, along with a number of the Sisters Adorers of the Precious Blood and some 6000 members of the Pious Union of the Precious Blood.  After a general greeting to all present at the audience, Pope John said:
"First of all we turn our attention to that group of pilgrims who belong to the religious family which takes its name from the Precious Blood of Jesus...Dear sons and daughters, we have looked forward to this meeting. How fortunate it is that it takes place in the Vatican Basilica in the presence of such a large gathering of the faithful. For this gives us the opportunity to proclaim for all to hear the profound meaning of the devotion to the Precious Blood. This is a devotion we have been promoting from the very beginning of our pontificate. It was on another solemn occasion, January 31, 1960, at the close of the first diocesan synod of Rome, that we saw fit to associate the three devotions to the Name, the Heart, and the Blood of Jesus. Our purpose was to show what forms the adoration of our divine Redeemer should take and to encourage such devotions...
...It is well known how the Church respects any expression of popular devotion, on the part of individuals or of groups, as long as these devotions arise from their natural sources, the liturgy and the holy Scriptures...On the other hand, it must be understood that this benign attitude toward these varied devotions must not reach the point where the danger of impoverishing divine worship is lost sight of. Such danger can arise from a lack of a sense of proportion or from a lack of harmony. Either cause not infrequently gives the hierarchy just cause for complaint.
As we stand on the very threshold of the [2nd Vatican] Ecumenical Council, we should like to suggest to our sons [the Missionaries of the Precious Blood] that they make the meaning and the method of prayer ever more widely understood; that they guide the faithful in restraining those demonstrations of religious feeling, in which one or the other of the errors we have mentioned may lie hidden.

Particular devotions should not be exploited for private advantage. It must never appear that such devotions find their ultimate meaning in the place where they were first developed, whether that be a diocese or a religious community. Here is a rule to be followed everywhere, in every detail, on the part of all concerned: these devotions must above all express a Catholic and universal spirit in both faith and worship.
If the Christian is faithful to the catechism...doctrine...the norms of liturgical piety...then he [or she] can be quite sure that he [or she] will not stray from the path of truth.
Such a Christian will always live in the divine light of that two-fold truth which Jesus Christ announced to the world: first, that God, who is one and three, has made us share His own power and love; secondly, that the Son of god has become man to call us back to our true dignity as adopted sons [and daughters] of God. We are well aware that here is the source of the devotions to the Name, the Heart, and the Blood of Christ. In these devotions it is always Christ who appears to us, that glorious Christ whom we see in the majestic apses of our basilicas. Through these devotions we come to know and love this Christ, to make him known and loved by others.
The Holy Name sums up the mystery of his birth and of his death. The Sacred Heart proclaims the double commandment of love for God and neighbor. The Blood of Christ is the most sublime expression of His redeeming sacrifice, which is renewed, mystically and truly, in the holy Mass. The Blood of Christ gives meaning and direction to the life of the Christian. 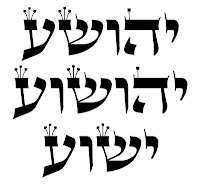 In these few words we have said everything. The love of the Savior is heralded in His Name, symbolized by His Heart, made eloquent through His Blood. These are not complicated or difficult ideas. Nor are they superfluous additions which cloud one's view of the whole picture. They fit together in a happy balance. We might say as much about devotion to Mary. It is from this same level that she who is the Mother of Jesus, as well as our own, enters to claim her place. And so likewise the prophets and apostles, the martyrs and doctors, the confessors and virgins.
It is doctrine pure and unalloyed which best prepares the Christian for fuller participation in the sacred mysteries of the altar and makes him [or her] live up to them in his [or her] personal and social apostolate.
Here is the origin of devotion to the Precious Blood. Here, too, is the way to a well-informed Christian piety. Dear sons and daughters, this is how you are to understand your position in the Church, how close you are to carry out your task of spreading devotion to the Precious Blood...Through our prayer we follow you on the path you have chosen, a path of generous, humble, unobtrusive labor. We encourage you to continue with undivided fervor."
Posted by Harry Allagree at 1:15 PM