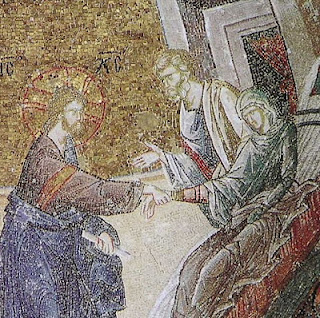 The context of today’s first reading (Isaiah 40:21-31) is the Israelites’ exile in Babylon.  God is about to liberate them through an unlikely figure: Cyrus II of Persia.  The reading today comes just after the section in Chapter 40 where: 1) God has announced a new beginning, a new epoch; 2) God prods the people to begin preparing to return from their long exile, and also for God’s coming in glory; 3) God’s incomparability as Creator of all is highlighted and emphasized against merely human nations and empires who, compared to God, are nothing.