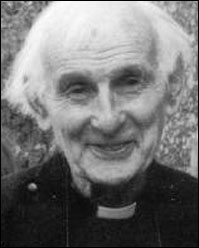 Father Robert Llewelyn was closer to sainthood than any other person I have ever known in my 79 years. He should clearly be in the liturgical calendar——which I have unsuccessfully proposed each year since his death.