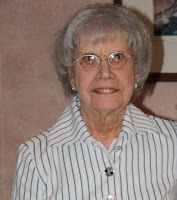 My grandparents, Clara and Harry Fries, had a family of six daughters. Actually eight, but two died in childbirth. The eldest was my godmother, Florence; then came my mother, Grace, both born between 1913-1915. Then there was a ten year hiatus until the "second family" came in rapid succession, each roughly two years apart: Mary Jane, Susanne, Rita, and Joan, between 1925-1930.


A lot was going on during those years: Henry Ford opened his first automobile assembly line; the Panama Canal opened; and Archduke Ferdinand and his wife were assassinated in 1913. World War I began in 1914, and the Lusitania was sunk by a German U-boat. In 1915 the first transatlantic radiotelephone communication took place. In 1925 there was the Scopes trial on evolution. In 1926 NBC became the first major broadcast network. Charles Lindbergh made the first transatlantic flight in 1927. Amelia Earhart became the first woman to fly solo across the Atlantic in 1928. In 1929 Wall Street crashed and thus began the Great Depression. Twinkies were invented in 1930; Betty Boop premiered in Dizzy Dishes; and Turkish women were given the right to vote.


Depression times were hard times. My grandparents and aunts settled into a red-brick, two-story 6-room duplex at the corner of High and McClain Streets in Dayton, OH, and the family remained there until after my grandfather died in 1964. My aunts, only 7-12 years older than me, were like sisters, since my mom and I lived with them and my grandparents from 1948-1951.


My Aunt Susanne, whom everyone called Sue, was definitely the feisty one of the girls: outspoken, independent, always on-the-go. She was the taller, lanky one all her life, although none of my family was all that tall. Mom told me that as a young girl she luckily survived, having been hit by a hearse or ambulance on the way to school, and having her head cracked by the headlight. She married c. 1946 and had a girl and a boy. After she later divorced John, she married my Uncle Earl, who lived to be 89, and she bore another boy and girl. After Earl died, Sue continued to live in their home of some 50 years by herself. A number of years back, she underwent major surgery for lung cancer and survived rather well. In the years since then, especially more recently, the family began to notice that her mind was slipping a bit.


Last Sunday she was taken to the hospital, and it didn't take long to discover that cancer had metastasized in her other lung, far too advanced for the doctors to do anything for her. Though heavily sedated for several days, she was aware of what was going on. She was able to pray along with the priest who gave her the Last Rites, and to briefly communicate with her daughters. Her one wish was that they stay with her so she wouldn't die alone. Her wish was granted and Aunt Sue died peacefully this morning.


Not surprising to me, Sue chose to be the first in our family to be cremated, a preference which I happen to share with her. Though I have to admit that, early on at least, Sue's unabashed directness often intimidated me a bit, I appreciate now how much of a gift that really was. It helped her make her way through life with purpose, and to raise four beautiful children, not to mention ten grandchildren and three great-grandchildren. And of her three sisters who've gone before her, she'll be the first in our family to be buried from our family parish, Holy Trinity, where I was baptized, served as an acolyte, and later offered the Eucharist after I was ordained.

Posted by Harry Allagree at 8:53 PM