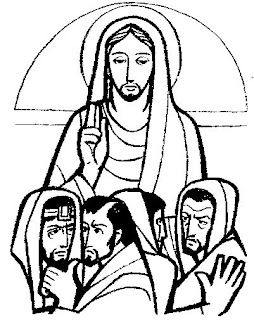 "The founders of religion inevitably met resistance, disbelief, and
persecution when they attempted to spread their message. Thus Moses
endured the murmurings of his people, Muhammad was branded a charlatan and pursued by his fellow tribesmen of the Quraysh, and Jesus was rejected and slandered by many of the Jews of his day and eventually was executed as an insurrectionist. Confucius was unsuccessful in his efforts to get his teachings accepted by the leaders of his day, and Lao Tzu describes his plight as that of a social outcast. Mahavira and even Buddha, whose ministry is glorified by later traditions, were abused and ridiculed as they wandered from town to town. Yet even more profound than the pains and travails which they suffered in the body was the inner agony of loneliness as these founders wandered about, with no one to understand them or sympathize with their minds. Their only solace was their single-minded devotion to God or their conviction about the truth which they, alone in the world, could understand." [From World Scripture: A Comparative Anthology of Sacred Texts]
I've heard it said that "it's always hard to go back...", whether that be to one's home, former workplace, church of one's youth, etc. The Gospel reading for today's liturgy [Mark 6:1-13] shows Jesus' personal experience in going back to his hometown to teach in the synagogue there. The initial reaction is astonishment: "Wow, I can't believe what I'm hearing and seeing!" Then the buzzing starts among the hearers, no doubt long-time acquaintances, perhaps friends, of Jesus and his family: "Where did he get all this? Who influenced him to say all this? Did ya hear about what he did to that sick man the other day?! And the crazy woman, how he said something and all of a sudden she changed!"
You get the impression that the locals hadn't seen Jesus in awhile. He'd been out on his preaching and teaching journeys, and his reputation as healer had begun to attract public notice, not always a good thing in a Roman-occupied country. Many of the townsfolk must've known Joseph when he was still alive and probably had remembered Jesus from the time he grew up. "He's only a carpenter, isn't he? What the heck is he doing preaching to us? We know Mary and his brothers: James, Joses, Judas and Simon, and his sisters -- we see them all the time. What's with this guy?!"
It became obvious to Jesus that there wasn't much enthusiasm or interest in the "hometown boy" here in the synagogue. Maybe they resented the fact that he'd seemed to run off abruptly from his carpentry, leaving him poor mother and his family behind to fend for themselves, and had followed some half-baked delusional dream of becoming famous. Jesus isn't at all subtle with his comments to the grumbling crowd about the situation: "Prophets aren't without honor, except in their hometown, and among their own kin, and in their own house." Might've been that the other boys, his brothers, had already vented their stored-up resentment and given him a hard time. And the reference to "prophets" must've gone down real well with both his family and the locals, given their already brewing "offense" at him.
Mark's take on it was that Jesus had hit a brick wall, to the point where the unflappable Jesus was "amazed at their unbelief". Faithless hometown folks would be bad enough, but even some of his family! It seems that only a few sick people allowed him to lay hands on them and heal them, and one might wonder what their motives were. Perhaps these were the really desperate ones who'd come to the end of their rope, but at least they gave it a try. It was clear to Jesus that he could only offer the blessing and power of God, but with their cool resistance and non-response, nothing more could be done. And so he left his hometown, perhaps without any goodbyes, and moved on to other villages where he continued his teaching.
A sad story. [The next section, vv. 7-13, about his sending the disciples out, is really a separate episode and kind of disrupts the impact of vv. 1-6.]
What is it in our lives that we continue to beat our heads on the wall to go back to?? And why?? How do we deal with people who "know" us, or think they do, and who blow us off for whatever reason?? Why is that we so often want to believe the worst in others and disbelieve their honest and pure intentions?? How are we like the locals in setting up barriers and stopping our ears when God, through the situations in our lives, tries to make Godself heard and understood??
Who do we think we are...??
Posted by Harry Allagree at 12:21 PM