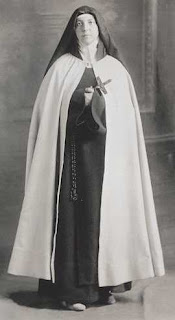 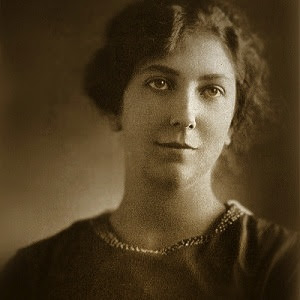 Juana Enriqueta Josefina Fernandez Solar, "Juanita" to those close to her, was born in Santiago, Chile, on July 13, 1900, the fourth child of a family of some means.  Her mother was Lucía Solar de Fernández, and her father, Michael Fernández Jaraquemada. Her siblings were Lucía, Miguel, Luís, Juana, who died in childbirth, Rebecca and Ignacio.  As a member of a family devoted to their Christian faith, Juana was drawn to God early on, around the age of 6 according to her diary, "when Jesus began to take my heart to be His own". She was no "saint" personality-wise at first, displaying evidence of pride, self-centeredness, and stubbornness.  In time she developed, by God's grace, a remarkable determination to overcome these defects.

Juana was educated under the supervision of the Religious of the Sacred Heart. She received First Communion at age 10.  With a child's comprehension of what it meant for God to dwell in her, she worked for a whole year to prepare herself for this important day in her life, September 11, 1910, Chile's centenary year. That very day, she notes, she "experienced His dear voice for the first time...Since that first embrace, Jesus did not let me go but took me for Himself."

She felt called, as early as age 14, to devote her life to God as a religious with the Discalced Carmelites. On her 15th birthday in 1915 she wrote: "...I have glimpsed the beautiful shores of Carmel." With her spiritual guide's permission, she took a vow of virginity that year, initially for nine days, continually renewing it from then on.

By the time Juana was 17 she was obviously unshaken in her resolve to become a Carmelite, and displayed a realistic understanding of the life: "I love the Carmelites because they are so simple, so joyful and Jesus must be that way. But I see also that the life of a Carmelite consists in suffering, in loving and praying. When the consolations of prayer are denied me, what will happen to me? I tremble. But Jesus said to me: 'Do you believe I'll abandon you?'"

Juana and her mother, Lucía, took the morning express train to the Carmelite Monastery of the Holy Spirit at Los Andes on January 11, 1919. Juana fell in love with it, and spent most of the day discussing her proposed entrance there with Mother Angelica. Juana notes in her diary on April 3 that she'd written to her father, who was away, asking his permission for her entering the Carmelites. She worried over it, but was relieved when her mother received a note that evening from Señor Fernández hinting that he wasn't opposed to it, but wanted to give it further thought. Three days later, her father agreed to it, despite his misgivings about the choice. Juana entered the monastery on May 7, 1919, taking the name Teresa of Jesus. After only a week she wrote: "...I feel divine love in such a way that there are moments when I believe I'm unable to endure it. I want to be a pure host and continually sacrifice myself for priests and sinners." That inner happiness as a Carmelite continued until her premature death. Her wish to "sacrifice myself" was certainly answered in the short time she remained alive, for she underwent immense suffering, not only physically, but interiorly: homesickness, worry for her family, especially her brother, Miguel, doubts concerning faith, spiritual dryness, etc.  She was clothed in the Carmelite habit on October 14 and began her novitiate.  Her diary's last entry, on November 21, 1919, begins: "To live only for God..."

Less than a year of living as a Carmelite, Teresa fell ill in 1920 with typhoid fever.  In the first days of March she told her confessor, Fr. Avertano, that she would die within a month. After spending all day Holy Thursday, April 1, in choir up until 1:00 AM, she returned there after dawn, but was sent to bed by the Novice Mistress, with a high fever. Her condition worsened over the next four days. Her mother arrived, and Teresa was given the Last Rites. In the early hours of April 7, since it appeared she was on the verge of dying, Teresa was allowed to make her religious profession as a Carmelite nun. Five days later, on April 12, she died at 7:15 PM at 19 years, 9 months of age. Her funeral and burial took place two days later, April 14.

In November, 1920, seven months after Teresa's death, her sister, Rebecca, followed her by entering the same monastery. She lived to age 40, dying December 31, 1942. In March, 1986, Teresa was declared Venerable by Pope John Paul II. In April, 1987 he declared her Blessed, and on March 21, 1993 he canonized Blessed Teresita, as the people of her country affectionately refer to her, a saint of the Church.

Teresa possessed an enormous capacity to love and to be loved, joined with extraordinary intelligance. God allowed her to experience his presence. Knowing him, she loved him; and loving him, she bound herself totally to him, even through many interior trials. The Church holds her up as a preeminent model for children and young adults: a real person to whom they can relate. Teresa of Jesus of the Andes is the first Chilean to be declared a saint. She is also the first Discalced Carmelite nun to become a saint outside the boundaries of Europe, and is the fifth St. Teresa in the Discalced Carmelite Order (together with St. Teresa of Avila, St. Thérèse of Lisieux, St. Teresia Benedicta of the Cross (Edith Stein), and St. Teresa Margaret of Florence). Her feastday is observed on July 13.
Posted by Harry Allagree at 5:19 PM