"Being Saved" By One Another 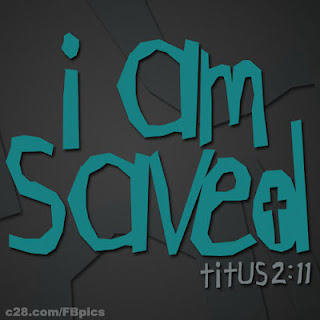 In 2006 an article entitled “Ties That Bind” appeared in The Christian Century (May 2, 2006, p. 18), written by Stan Wilson, pastor of Northside Baptist Church, Clinton, MS. He related that his church has a unwritten rule never to ignore a member’s basic needs. One evening he asked his Bible study participants why they’d never made this policy, which they all knew to be true, explicit. Why not make official a statement that, no matter how hard it gets, the members will be there for one another. Wilson says that he never got an answer at that Bible study, as if what he suggested was perhaps too embarrassing, or violated an unspoken taboo, or simply reflected fear of the future, or of one another, or of commitment. He goes on to say that he doesn’t doubt that his congregation love one another. He just wanted them to say so. “But”, he says, “voicing our commitment is risky and profoundly countercultural. Our culture runs on fear and disordered desire...What happens if a little congregation breaks the rules and removes the fear by promising to care for one another?
We might reveal the risen Son of God, the Good Shepherd, the one who lays down his life for his sheep.
With a living God loose in the world, we might no longer live in fear, and no longer believe that the world runs only when people look out solely for themselves. We might start to look out for one another, and violate one of the cardinal rules of our economic order.
Easter has been known to evoke robust theological claims and rogue behavior. Peter and John annoyed the rulers and elders and were tossed in jail because they taught that in Jesus there is resurrection for those locked in the fear of death.
That’s what can happen when people believe that the future is not theirs to secure, but belongs in the keeping of a Good Shepherd. They begin to live without fear.”

Posted by Harry Allagree at 2:29 PM