Catching the Conscience of the Hearing 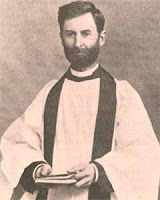 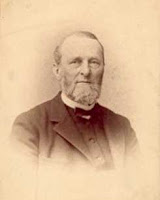 Thomas Gaulladet Henry Winter Syle
For some years now, I've had trouble with my right ear. I had an auditory test about 15 years ago, and was told that I had some diminished hearing. Though I've not done further testing, I know that the hearing continues to deteriorate in that ear. It's very difficult to hear conversations in a crowded, noisy restaurant. I can't imagine what it must be like to have no hearing, not just in one ear, but in both!
A movie which deeply moved me back in 1986 was Children of a Lesser God, starring Marlee Matlin, deaf from the effects of scarlet fever since she was 18 months old, and William Hurt. It's an amazingly tender story and certainly not far-fetched in depicting something of how it must be to be hearing-challenged. The movie was Ms. Matlin's first, though she'd been acting since she was five. She was the youngest actress to win an Oscar that year. On May 18, 1987 Marlee Matlin was awarded a degree of Doctor of Humane Letters by Gallaudet University, Washington, D.C. In presenting Ms. Matlin for the degree, Provost Catherine Ingold said: "...Hearing impaired from measles at the age of 18 months, educated in the Chicago-area public schools, and a criminal justice major at William Rainey Harper College, she has, as her goal, 'Fighting for the rights of deaf people.' In Hamlet, Shakespeare uses the device of a play within a play to change the course of the action. 'The play's the thing,' says the unhappy prince, 'wherein we'll catch the
conscience of the king.' Gallaudet University recognizes that Children of a Lesser God--both as a play and as a film -- has caught the conscience of the hearing audiences who have seen it, opening their eyes and their minds to the world of deaf people, the beauty of sign language, and the issues the drama presents. Now released in over 57 other countries, the film is reaching people around the world with its message. Your role, as Sarah Norman, has advanced the cause of deaf people in a major way, bringing to the attention of the nation and now the world, the abilities of deaf persons and the problems of being deaf in a "hearing world." Your success is a culmination of the work of the many deaf actors and actresses who have gone before you. It is also a foundation on which other deaf persons, in the field of entertainment and in other professions, can build. For sharing the message that deaf persons are individuals who have pride in themselves, their accomplishments, and their deafness, Gallaudet University is proud to recognize your achievements and excellence by conferring on you the degree of doctor of humane letters..."
Gallaudet University is named after The Rev. Thomas Hopkins Gallaudet, who founded the first institution for the education of deaf persons in the U.S. in 1817 in Connecticut. Originally called the "American Asylum for Deaf-Mutes", it is now known as the American School for the Deaf. In 1864 Edward Miner Gallaudet, Thomas' son and Thomas, Jr.'s brother, founded the first college for the deaf, which was renamed "Gallaudet University" in 1986.
Ms. Matlin is only one in a long line of non-hearing people to benefit from the incredible efforts of members of the Gallaudet family and many other pioneers in the ministry to the deaf, including Thomas Gallaudet, Jr. (1822-1902) and Henry Winter Syle (1846-1890).
I urge you to consult Fr. John Julian, OJN's comprehensive book on the saints, Stars In a Dark World, available from Amazon.com, for his thorough description of the life of Gallaudet and Syle. You will be struck by the brilliance and astounding accomplishments of these two Episcopal clergymen in their ministry to the hearing-challenged. They are far more than I could ever recount on this blog.
The Episcopal Church has long had a commitment and ministry to the deaf. Fr. John Julian notes: "It is interesting to note that by 2002, the Episcopal Church had ordained 47 deaf people to the priesthood, vastly more than any other church." Thomas Gallaudet summed up the spirit of that ministry in a hymn which he wrote:
Jesus, in sickness and in pain,
Be near to succor me,
My sinking spirit still sustain;
To Thee I turn, to Thee.
When cares and sorrows thicken round,
And nothing bright I see,
In Thee alone can help be found;
To thee I turn, to Thee.
Should strong temptations fierce assail,
As if to ruin me,
Then in Thy strength will I prevail,
While still I turn to Thee.
Through all my pilgrimage below,
Whate’er my lot may be,
In joy and sadness, weal or woe,
Jesus, I’ll turn to Thee.
Posted by Harry Allagree at 11:36 AM