The Hymn Writer Who Counted "Only the Sunny Hours" 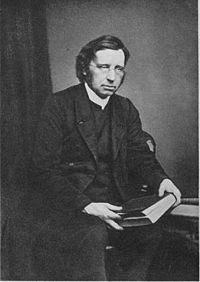 John Mason Neale, Priest
(1818 - 1866)
Grey, old, ivy and vine-covered Sackville College, East Grinstead, was an ancient refuge for some 30 poor and aging persons in 1846 when John Mason Neale was appointed as warden there. A sundial on the gate bore the words: "I count only the sunny hours." Though he lived only 48 short years, John Mason Neale accomplished far more than most of us do in longer lifetimes. A quiet, gentle man, Neale radiated an inner serenity which few could understand or explain, especially since the surrounding atmosphere throughout most of his priesthood was anything but serene and peaceful. Founder of the Sisterhood of St. Margaret in 1856, which ministered to the poor and to children and is still in existence, he once made this comment: "There is nothing I should dread more than that unreal, melancholy way of going on which one sometimes sees among those who are in earnest in serving God: as if it were impossible to be holy without ceasing to be natural, as if to be earnest in self-devotion was necessarily to become dismal. On the contrary, remember that cheerfulness, that the capacity of being amused and amusing, nay more, that high spirits are a gift from God."
Born as a P.K. ["Priest's Kid"] in 1818, his father was an evangelical and his mother, a strict Calvinist. His father died when he was five, and so his training was rather exclusively in the Calvinist tradition. Neale later won a scholarship at Cambridge University where an amazing and unexpected new door was opened for him: the catholic revival. The Oxford Movement had begun with John Keble's "National Apostasy" sermon at St. Mary's, Oxford, in July, 1833. The "catholic" movement was promoted by such greats as John Henry Newman, later a Roman Catholic cardinal, and Edward Bouverie Pusey, among many others. Neale never became well-known. Introduced to the catholic revival at Cambridge, his was an inner, more personal transformation. Fr. William H. Baar observes: "Here was a faith quite new to him. It was objective and mysterious at the same time, morally demanding, and the creed of saints, and yet it was kind, warm, and considerate of human weakness, including the struggling masses of all ages."
From the time of his introduction to the catholic movement, Neale blossomed into an extraordinary scholar and quiet personality. He was ordained deacon in 1841 and priested in 1842. The following year he married Sarah Norman Webster, who also shared his catholic leanings, and together they raised five children. As mentioned above, he became warden at Sackville College in 1846 and did almost all his scholarly work here.
His daughter later wrote a tribute to her father which gives a hint of the extraordinary scope of his activities: "In conjunction with others, he was the first to attempt a revival of church architecture; he was personally and singly the first to attempt a revival of English hymnody; he was the first of the present generation to call attention to the Eastern Chuch; he was the first to revive the notion of sisterhoods. Now it is past doubt, even by the confession of foes, that these are four points absolutely won and incorporated into the current policy of the Church of England...We ought to place on record his slowness to take offense, his patience of contradiction, his easy generosity of mind."
There were many who resented not only the Oxford Movement, but Neale's own liturgical reforms which at one point got him inhibited by a neighboring bishop. In 1856 the townsfolk had caused a riot and even personal violence against the Sisters and Neale at the funeral of one of the Sisters because of Neale's use of a small embroidered cross on the funeral pall. Nine years later, on the feast of St. Margaret, after these "angels of mercy" had won over the peoples' hearts through their faithful ministry, the same townsfolk insisted that a procession of clergy and nuns pass through their streets on the occasion of the laying of the foundation stone for a new convent, they themselves bearing banners and flowers!
We are most indebted to John Mason Neale for his hymn translations from Greek and Latin, among them: "All glory, laud, and honor"; "Sing, my tongue, the glorious battle"; "To Thee before the close of day"; and "O come, o come, Emmanuel". Memorable hymns include: "Good Christian men, rejoice"; "Good King Wenceslaus"; "A great and mighty wonder". Aside from his hymns, Neale wrote histories, sermons, catechetical texts, biblical commentaries, devotional books, doctrinal dissertations, poetical works -- even popular novels. It's said that he knew 22 languages which he used in his research.
John Mason Neale died on the feast of the Transfiguration, August 6, 1866. He had, indeed, counted many "sunny hours" in the service of his family, his community, his Church, and, indeed, of humanity.
Posted by Harry Allagree at 2:53 PM