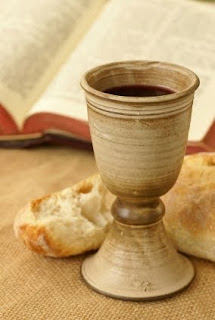 In John's Gospel Jesus confirms that the "work of God", for his followers, is "to believe in Him" whom the Father sent to humankind. John 6:36 seems to demonstrate that Jesus' hearers don't "buy" this Bread of Life talk, even though they've seen Jesus at work. But, then, neither have they accepted the Father's feeding them (by way of their desert ancestors) through God's many signs and deeds for their people.
Central to understanding why this is so and, indeed, central to understanding the sixth chapter of John, as well as the Eucharist, is Psalm 78 which is the alternative RCL liturgical psalm for Proper 13, Year B. Vv. 24-25 reads: "God