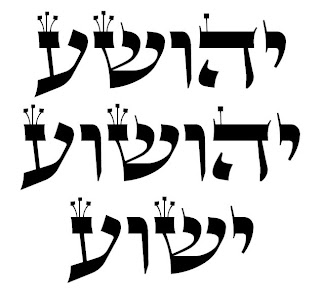 St. Luke, in Chapter 2:15-21 of his Gospel narrative, gives us his understanding of the meaning of the Christmas event through words spoken to common sheep-tenders. The good news told them was: "Today in the town of David a Savior has been born to you; he is Christ [i.e., Anointed One of] the Lord." The child we've come to know as Jesus historically bore the Hebrew name Yeshua/Yeshua bar Joseph. The name derives from yasha = to be open, wide, free; to save. Jesus means He [God] saves.

In Jewish society, the name stood for the person and indicated something about his/her history, purpose and mission in life. Jesus' name was a fairly common one (e.g., the Hebrew Scriptures' equivalent: Joshua). There had been many "saviors". But in God's plan this Jesus, son of Mary and Joseph, was to be the Savior, the Anointed One of God.

You've no doubt heard, as I have, the oft-asked question: "Are you saved?" What that usually implies is something like: "Can you name a specific time/date of a religious experience or conversion??" Or, it implies that some common ground may exist in our conversation, i.e., "Are you part of the 'club'?? If so, then we can associate. If not, then you're suspect and my defenses are up." Sometimes the question is asked, meaning: "Are you a charismatic, or born-again, or evangelical Christian??" For many others, "Are you saved?" carries with it a negative connotation: "Are you saved, in the sense that you're not one of those 'worldly' people who smoke, drink, dance, etc."

When I hear that question, "Are you saved?", I'm reminded of the comments made by my son's school principal in a 1981 PTA newsletter:
"The greatest problem facing our world today is tat of man's relationship to his fellow man. How we resolve this problem will, in a large part, determine whether this nation, and even the world will survive. The human ability to accept others is the brightest light in the darkness of this world. Many of the world's religions point to this human ability as the quality by which man can prevent potential misery and even annihilation.

I am convinced that the answers to this problem lie within each of us. The light is there for us to use as individuals, as a community of persons, as a community of nations. Yet we continue to withhold ourselves from others -- we cut them off -- we don't believe in them -- we don't accept them as being one of us because of a difference in age, sex, color, viewpoint or speech. Darkness is nothing -- as soon as we turn the light on, it disappears. By providing even a little light, some of the darkness disappears.

At this time of year, just think what benefit we can provide for those who inhabit our small corner of the world and even for ourselves, if we turn on the light of affection, concern, sympathy, understanding and love for our fellowman. It is this giving of ourselves that this holiday season represents.

It is not so difficult to give of ourselves -- to open the gates of our attitudes -- so that we can share ourselves with those who may have differing viewpoints. Let this holiday season be one in which we exercise these gifts. It is our potential to give freely and lavishly of them."

Parenthetically, I hadn't read that for some years, until now, and I'm rather astounded at both the passionate simplicity of that man's message, and also the spot-on relevance which it has these 30 years later! On the face of it, there's nothing world-shaking in that statement; it's a simple, direct, practical message.

The simple meaning of "Are you saved?" or of "He saved us." or of "Jesus saves!" is that Jesus wouldn't withhold himself from any one of us. Jesus accepts us. He accepts us despite what we have been in the past and often are in the present. St. Paul describes our condition in his letter to Titus (3:1-3): "At one time, we too were foolish, disobedient, deceived and enslaved by all kinds of passions and pleasures. We lived in malice and envy, being hated and hating one another. But when the kindness and love of God our Savior appeared, he saved us, not because of righteous things we had done, but because of his mercy..." This is how we are, and Jesus accepts us.

In his story about Jesus' birth, Luke speaks about light surrounding the shepherds: a symbol of wisdom and recognition that in Jesus we're saved, that he hasn't withheld himself from any of us. This giving and sharing is what the world is crying out for as it stands today at the threshold of this new year, 2011. The non-believers of the world don't generally criticize us Christians so much because of the fact that we believe, or because of our outward religious observances. But the one thing they do call us on is that we don't take our belief seriously enough to actually live it and practice it daily, without prompting from the priest or minister, or from the Church, or from organized religion. We Christians often seem not to understand or to take seriously the truth of the fact that "He saved us".

How can you and I live such that we do convey the reality of "He saves" to others? How do we live the Christmas event throughout the new year? My then 11 year old daughter, Nicole, unknowingly expressed something of an answer to this on Christmas Eve, 1981, when she left a note for Santa which said: "I hope you will bring me the things I put on my list. But most of all, I hope you will bring to all my family and relatives the things they really want..." Exercising the human ability to accepts others, not withholding oneself from them: that's how you and I enable Jesus to save us and others. It's really very simple. There are so many saving gifts which you and I can give to one another all year long: a smile; washing the dishes for someone else; forgiving an old grudge; passing on some good news, rather than a complaint or gossip; saying "Please" and "Thank you"; trying to understand another person's viewpoint, rather than dismissing them.

It's almost a national annual ritual to set about making resolutions at the beginning of the new year. Walter Scott suggests the following possibilities. Perhaps one or two may strike a responsive chord in you and give you a year's worth of motivation this year:

No one will ever get out of this world alive.
Resolve, therefore, in the year to come to maintain a sense of values.
Take care of yourself. Good health is everyone's major source of wealth.
Without it, happiness is almost impossible.
Resolve to be cheerful and helpful. People will repay you in kind.
Avoid angry, abrasive persons. They are generally vengeful.
Avoid zealots. They are generally humorless.
Resolve to listen more and to talk less. No one ever learns anything by talking.
Be chary of giving advice. Wise men don't need it, and fools won't heed it.
Resolve to be tender with the young, compassionate with the aged,
sympathetic with the striving, and tolerant of the weak and the wrong.
Sometime in life you will have been all of these.
Do not equate money with success. There are many successful money-makers
who are miserable failures as human beings. What counts most
about success is how a man achieves it.
Resolve to love next year someone you didn't love this year.
Love is the most enriching ingredient of life.

A very beautiful piece, Fr. Harry! And incredibly relevant: it is the collapse of any sense of "community" (even within the Body of Christ) and the stress on "self" and "individual" which has fragmented society and Church.

Thank you for this offering.....