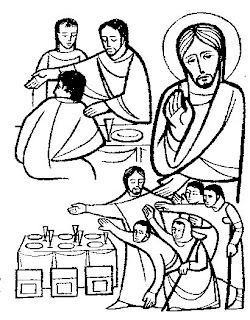 Back in the ’80’s I remember seeing tennis star, Tracy Austin, Grand Slam singles champion in 1979 and 1981, interviewing Hana Mandlíková on Good Morning, America, just after Hana had taken the 1985 Grand Slam singles title. She asked Hana what her goals were now, what she hoped to accomplish. Mandlíková replied: “To win a few more Grand Slams and, for sure, to be Number 1.”

Whatever our age, regardless of what we do, we’re all aware of the inner struggle for acceptance, for being recognized, for being valued. We have a desire to be accomplished in at least one thing. For some it’s sports skills, for others being gifted movie stars, musicians, even politicians, these days, positively or negatively! Many others, for various motives, try to dazzle others with knowledge or position on the corporate ladder; or try to beguile others by a handsome face or a beautiful body. In itself, the desire to improve and to excel is quite natural, and today’s texts reflect upon this very human need for recognition and self-esteem.

As was his frequent custom, Jesus used parables, stories, examples, to convey a deeper message. The examples in Luke’s Gospel today (Luke 14:1; 7-14) relate to the role of guests and hosts at table. Jesus notes how guests are maneuvering for the honored places. He’s also aware that his host has put him, and probably others of prominence, on display in order to impress the host’s friends. And Jesus calls both to task for it. In this setting the Lord’s message points to a higher wisdom which allows one to escape being preoccupied, often to one’s own detriment and to that of others, with an unending quest for recognition. The Epistle to the Hebrews (13:1-8; 15-16) helps us to apply this message of the Gospel parable to some very specific areas and people in our lives, guiding us to understand the real source of human esteem and worth.

Jesus had been invited to a Sabbath dinner at the home of a Pharisee, probably a VIP, well-recognized and prominent in the community. Of course, Jesus was no slouch either when it came to being noticed! Earlier, in Chapter 11, Luke records a woman from a crowd eagerly blurting out, “Blessed is the womb that bore you and the breasts that nursed you!” In the next chapter Luke says that “many thousands had gathered” to hear Jesus, “so that they were trampling on one another.” (This, at a time long before rock concerts, mind you!) In last week’s Gospel, from Chapter 13, Luke comments that “the people were delighted with all the wonderful things he was doing”, on that particular occasion, making the religious hypocrites in the synagogue look foolish.

Luke’s next words today, then, shouldn’t surprise us: “...they were watching him.” Some, much to the delight of the host, would ogle Jesus because here was someone whom the townspeople were talking about, this prophet of Nazareth, a true “headliner”. Others, Jesus’ enemies, again, “religious” folks, were engaged in a sort of “rabbi-sting operation”: pretending open hospitality, yet waiting for, hoping for, some indiscretion on Jesus’ part that would justify their getting rid of him. Perhaps as the evening wore on Jesus would loosen up a bit with food and wine, and say or do something that would make their day!

What Jesus did next is, unfortunately, omitted from today’s passage which shifts from v. 1 to v. 7. V. 2 reads: “There in front of [Jesus] was a man suffering from dropsy.” [Parenthetically, dropsy, more commonly called edema, refers to an abnormal accumulation of fluid which can affect the eyes, the extremities, the feet and various other organs.] “...So taking hold of the man,” says Luke, “he healed him and sent him away...”

The Sabbath had been sacred almost as long as the recorded memory of the Chosen People. Its holiness had been enshrined in the Genesis creation story itself, with God’s own “resting” after creation justifying the foundation and basis of the Sabbath day of rest for all. Nevertheless, over the centuries the weekly rest, meant to be a blessing rather than a burden, had become a source of bondage for many Jews. Law after law defined what was work and what wasn’t. Some 39 kinds of work were forbidden on Shabbat. Because one could walk only a certain distance from home on the Sabbath, even an act of mercy to someone in need was to be avoided in order to be “on the safe side”.

What Jesus asked and eventually did at the dinner was quite astounding, and, to Pharisees, outrageous! Jesus‘ so-called “indiscretion” at this dinner far exceeded their wildest hopes! Here’s this man with dropsy, sitting right in front of Jesus. Luke tells us that “Jesus asked the Pharisees and experts in the Law, ‘Is it lawful to heal on the Sabbath or not?’” He’s met with stony silence. You can imagine them looking from Jesus to the man with dropsy, and thinking, “He wouldn’t dare.” But he did dare! “...taking hold of the man, he healed him and sent him away.”

One can only imagine the headlines the next day: “Jesus Caught In Synagogue, Blaspheming on the Sabbath!” Jesus was clearly either guilty of breaking the Law, or else he was conveying a radically new message to the Pharisees, and to us. The message is simple: God’s grace and mercy trumps everything else. Everything else. The only recognition, or esteem, or worth, the only thing which really makes you and me valuable and acceptable, and therefore equal, that makes you and me Number 1, is the fact that God accepts us through God’s enduring grace.

Many of us don’t find it easy to “accept that we are accepted” by God, as the noted Protestant theologian, Paul Tillich, expresses it. The idea of grace: that I would be accepted and recognized and loved by God, simply for who, and what, and as I am, is so foreign to the way human beings normally deal with one another that we think that there must be a catch of some sort! Throughout his ministry, Jesus, in essence, had to almost jump up and down, and do and say outrageous things, as he did at the Pharisee’s dinner, just to get people’s attention and convince them (and us) that it’s true.

God is graciousness personified, grace, gratia = free gift. For an upcoming Cursillo weekend in October, I’ve been assigned the talk on Grace, and I love the Prayer Book’s definition given in the Outline of the Faith: “Grace is God’s favor towards us, unearned and undeserved; by grace God forgives our sins, enlightens our minds, stirs our hearts, and strengthens our wills.” That graciousness never wears thin. “The loving kindness of the Lord endures forever”, says the Psalmist.

Fr. Michael Malone writes the following:
“Imagine the following scene. A person feeling badly about himself; he has been involved in a minor traffic accident, hitting the car in front of him. It had been mostly the other driver’s fault for stopping abruptly without warning. The driver of the rear car has straightened out the matter, apologizing to the other driver as he feels a Christian should. But he knows that he has not meant the apology and really doesn’t feel sorry. A friend notices and says, ‘You speak now as though you regret something.‘ ‘Yes, I know I should have felt the sorrow which I expressed but didn’t feel.‘ ‘In other words, you feel sorry about not feeling sorry?‘ the friend asks. ‘Yes. I’m dissatisfied with myself: I don’t feel the sorrow which I think I should feel.‘ The friends asks, ‘And if you really did feel sorry about hitting the other car, then would you be happy?‘ The man says, ‘Well, I guess so. Then I wouldn’t feel as if God is holding up a final installment of forgiveness until I feel the way I think I ought to feel.‘ His friend smiles. ‘Do you think that God’s grace is conditional upon your feelings?‘ ‘I guess that’s what I think,‘ the driver admits. ‘Then how is that ‘grace‘ in any sense of the word? If you’ve earned it, then it isn’t a gift!’”

So often we believe that God’s forgiveness and grace “takes” only if we’re perfect, only if we do and feel all the “right” things. We live with guilt and with the suspicion that sooner or later we’ll ring up a “No Sale” at God’s cash register! So often we write ourselves and others off as something less than we really are. “Why would God look twice at us?” How could God be more of a “patsy” or a pushover than we are?

As the Letter to the Hebrews notes, the reason God is gracious to you and me is because God created us with the Love which is grace, and in God’s Son, “Jesus Christ, the same yesterday, today, and for ever”, redeemed us by grace and mercy, even though we were unworthy. God assures us that grace is ongoing: “I will never fail you nor forsake you.” The only way in which you and I could not be Number 1 in God’s eyes is if we were to deliberately choose, through selfishness, to be less than that. True, God’s grace and mercy isn’t without challenge. Once accepted, it will certainly stretch us to our limits. It may even offend us because it’s so unlike how we would act, so foreign to the yardstick we generally use to measure recognition and success.

In a beautiful book, written back in the 1960’s, called Prayers, Michel Quoist writes an unusual but marvelous reflection:

“For an hour it was before my eyes,
During the whole lecture.
That was a fine dome, Lord,
Polished, shining, girdled with a horse-shoe of hair carefully
arranged and sternly held to the pattern prescribed.
The lecture bored me:
I had time to think,
And I thought, Lord, that you knew this dome well.
It hadn’t been out of your sight for years, and every day you say
‘yes’ when old Mother Nature asks permission to take a
few hairs more from the rapidly clearing field.
You said it in your Gospel: ‘not one hair of your head falls
without my permission.’


It’s true, Lord, that you are always thinking of us.
It’s true, from the beginning of time, before we existed,
Even before the world existed,
You have been dreaming of me,
Thinking of me,
Loving me.
And it’s true that you Love created me,
Not on an assembly-line, but unique,
The first one so made, and the last,
Indispensable to humanity.
It’s true, Lord, that you have conceived for my life a unique
destiny.
It’s true that you have an eternal plan for me alone,
A wonderful plan that you have always cherished in your heart,
as a [parent] thinks over the smallest details in the life of [the]
little one still unborn.
It’s true that, always bending over me, you guide me to bring
your plan about, light on my path and strength for my soul.
It’s true that…when I stray or run away...you hasten to pick me up if I
stumble or fall.


Lord, you who make bald heads, but above all beautiful lives,
You, the divine Attentive One,
the divine Patient One,
the divine Present One,
See that at no time I forget your presence.
I don’t ask you to bless what I myself have decided to do, but
Give me the grace to discover and to live what you have dreamed
for me.”
Posted by Harry Allagree at 6:35 PM