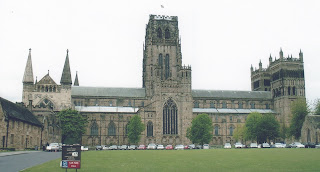 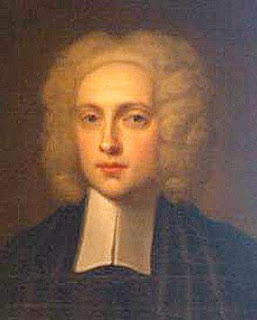 After boarding my plane in Chicago this past Sunday, the lady in the seat next to mine asked if I was heading to San Franciso on business or if I lived there. With only a few breaks over the next four hours, we engaged in a wonderful and wide-ranging conversation. Eventually, the topic of prayer and faith came up, and the lady shared that she, like me, had been a Roman Catholic, but had become disillusioned. After her first marriage broke up and she sought to remarry, the priest openly suggested that, because of her circumstances, he couldn't do the wedding, but that many people in similar situations went to the Episcopal Church. She followed his advice and loved her experience there. Eventually she and her husband, to whom she's still happily married, moved back to a small Wisconsin town which doesn't have an Episcopal Church. After checking out various congregations, they chose the local Presbyterian Church because of the warmth of their welcome and the outreach opportunities in the community which it offered.
Joseph Butler's spiritual journey took him in just the opposite direction: from the Presbyterian to the Anglican Church. From his youth, Butler was what we would term a "brainiac". He began studies for the Presbyterian clergy at an academy in Tewksbury. By age 22 he had intellectually weighed Presbyterianism against Anglicanism, and concluded that he should go with the latter. He became a student at Oxford and four years later was ordained a deacon and priest. He spent the next eight years as preacher at Rolls College, London, named for the records or "rolls" of the royal Chancery office which had been stored in the Chapel from the 13th century on.
Butler distinguished himself, particularly through an effective series of sermons, expressing his life-long conviction that natural theology and ethics were an integral part of human nature. Over 20 sermons from this time were published in a 1726 edition and in future editions.
At 33 Joseph Butler was made vicar of Stanhope. Here, in addition to his pastoral duties, he set to work on a major book, published as Analogy of Religion, Natural and Revealed, to the Constitution and Course of Nature. So engrossed and secluded was he during its writing, some 11 years, that Queen Caroline, wife of King George II, is said to have asked the Archbishop of Canterbury if Butler were dead. To which the Archbishop purportedly replied, "No, madam, but he is buried." Here are a few snippets from the book, directed largely at the Deists of the time:
"Whatever account may be given of the strange inattention and disregard in some ages and countries to a matter of such importance as religion, it would, before experience, be incredible that there should be the like disregard in those who have had the moral system of the world laid before them as it is by Christianity, and often inculcated upon them: because this moral system carries in it a good degree of evidence for its truth, upon its being barely proposed to our thoughts..."
"To an unprejudiced mind, ten thousand thousand instances of design cannot but prove a designer. And it is intuitively manifest that creatures ought to live under a dutiful sense of their Maker; and that justice and charity must be his laws to creatures whom he has made social, and placed in society..."
"...revelation claims to be the voice of God, and our obligation to attend to his voice is surely moral in all cases. And as it is insisted that its evidence is conclusive upon thorough consideration of it, so it offers itself to us with manifest obvious appearances of having something more than human in it, and therefore in all reason requires to have its claims most seriously examined into..."
In 1736 Butler was appointed Clerk of the Closet to the King. The Clerk of the Closet was appointed by royal warrant and served under the authority of the lord chamberlain. The duties are described thus: "...to attend at the King's Right Hand during Divine Service, to resolve such Doubts as may arise in spiritual Matters; but chiefly to wait on his Majesty in his private Oratory or Closet, and to say Grace when his Majesty eats". From this time on Butler was constantly in attendance on Queen Caroline until her death in late 1737. On her deathbed she commended him to King George, who appointed Butler as bishop of Bristol in 1738.
Arriving in Bristol, Bishop Butler came into open hostility with John Wesley, who had had his historic “conversion experience” the same year, and whose exaggerated supernaturalism Butler despised. Of Wesley Joseph Butler noted:
"The pretending to extraordinary revelations and gifts of the Holy Spirit" is "a horrid thing – a very horrid thing."
Butler apparently refused the offer to become Archbishop of Canterbury, saying that it was “too late for him to try to
support a falling church.” Three years later, in 1750, he was translated from Bristol to the see of Durham. In his charge to his new diocese, Butler declared that the general lack of religion in England could be attributed not so much to “a speculative disbelief or denial of it,” as to “thoughtlessness and the common temptations of life.” He proposed that greater attention be given to public and private forms of devotion, praising even Muslim and Roman Catholic
practice by which “people cannot pass a day without having religion recalled to their minds”: a bold and radical statement for that time and place.

Bishop Butler remained an unmarried bachelor the rest of his short 60 years, and after being at Durham for only two years died on June 16, 1752. He was buried in Bristol Cathedral.
Posted by Harry Allagree at 2:56 PM