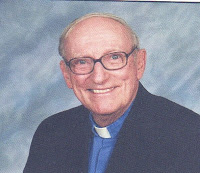 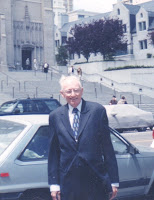 Father Hutton, as I knew him, was ordained at St. Paul's in Oroville by Father Holt and Bishop Hayden sometime in the late 1950's. I liked him and he had an appreciation of the mystical. I contacted him in the 1990's but he did not remember me but was very friendly and conversational.

I remember most vividly his account of being miraculously saved from drowning and an account of people seeing angels when his father delivered a particularly vivid sermon. He was certainly kind-hearted.

I also quite vividly remember his mother who attended St. Paul's and had a very thick and lovely (to my ear) accent.

Though I am now essentially areligious I nonetheless have a number of fond memories of being in the choir and being mesmerized by the almost medieval service and a number of charming prayers out of the Book of Common Prayer.