The Unhappy Man With the Wandering Heart 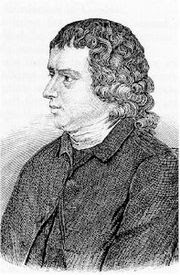 A couple of days ago my right hand was afflicted with what I think is a mild case of carpal tunnel syndrome: the bane of bloggers, inveterate computer geeks, Twitterers, and various and sundry texters, perhaps even vigorous "sexters"! Nevertheless, I feel compelled to suck it up, enduring the slight pain of my hand, now securely bound in an elastic flesh-colored (sorta!) hand wrap.
The 99th Diocesan Convention which ended yesterday afternoon with a magnificent Eucharist at which Bishop Beisner was celebrant and Presiding Bishop Katharine Jefferts Schori preached. All the clergy of the diocese were vested, the first time in several years, and an organ was even brought in for the music, which ranged from traditional to Gospel spiritual to contemporary. The ad hoc choir, composed of anyone from around the Diocese who wanted to sing, did a fantastic job. Even though some Convention participants had to leave early, the hall was filled the other participants and people from the immediate area. In a touching moment Bishop Beisner, in the name of all of us in the Diocese, presented an icon to Bishop Katharine. He'd had it done by Kathryn Burelson, an artist and icon writer from Trinidad, CA. + Barry noted that + Katharine probably had lots of pictures on her wall already, so this was a two-panel unfolding travel icon of the Annunciation, to remind her that she and all of us are "servants of the Lord". I wish I'd been able to photograph the expression of surprise, amazement, quiet grasp of the symbolism, and deep gratitude on Bishop Katharine's face as she looked at the icon, but that would have been indiscreet, given the fact that we clergy were sitting on each side of the altar facing the congregation!
This morning, at the final hymn of the Eucharist at St. John's, Petaluma, I was struck anew at the closing hymn ("anew", since this is one of my favorite ones) Come, Thou Fount of Every Blessing, sung to Nettleton, a melody named for Rev. Asahel Nettleton, an early 18th century American evangelist, and composed by John Wyeth, an 18th century printer and lay musician. The hymn first appeared in Wyeth's collection, A Repository of Sacred Songs, published in 1813.
The words to the hymn were written by Robert Robinson [see picture above] (1735-1790). He was born into a poor family in Swaffham, Norfolk, England. His father died when he was eight. At 14 his mother sent him to London to become a barber. He fell in with a gang of young men who became notorious, and lived a less than becoming life. When he was 17 the gang decided to attend one of George Whitefield's preaching revivals, for the purpose, it is said, of "scoffing at the poor, deluded Methodists". In a classic case of "divine gotcha", however, Whitefield's strong message so impressed Robinson that he converted to Christianity. Several years later he felt called to preach himself and became a Methodist minister. Instability plagued him, however, and he eventually left the Methodist Church, moved to Cambridge, and became a Baptist minister. He gained the reputation of being a creditable theologian through his written theological works and several hymns.
This particular hymn, Come, Thou Fount, was written when Robert Robinson was 23. The following version is found in several shape-note hymnals of the American South, with the Nettleton melody :
1. O Thou Fount of ev'ry blessing,
Tune my heart to sing Thy grace;
Streams of mercy, never ceasing,
Call for songs of loudest praise.
Teach me ever to adore Thee;
May I still my goodness prove;
While the hope of endless glory,
Fills my heart with joy and love.
2. Here I raise my Ebenezer:
Hither by Thy help I've come;
And I hope by Thy good pleasure
Safely to arrive at home.
Jesus sought me when a stranger,
Wand'ring from the fold of God;
He to rescue me from danger
Interposed His precious blood.
3. O to grace how great a debtor
Daily I'm constrained to be!
Let Thy goodness like a fetter
Bind my wand'ring heart to Thee.
Never let me wander from Thee,
Never leave the God I love;
Here's my heart, O take and seal it,
Seal it for Thy courts above.
Our Hymnal 1982 version has a slight variation in the second stanza. Robinson's expression "Ebenezer" is taken from 1 Samuel 7:12, where the Ebenezer [Stone of Help] is a symbol of God's faithfulness. The third verse was somewhat prophetic in that Robinson seems to have, in later years, reverted to his old ways, instability and was even accused to taking to Unitarian doctrine, although that seems unlikely. There is a legend that one day Robinson was riding a stagecoach and noticed a lady deeply engrossed in a hymn book. They conversed awhile, then she began humming a hymn and asked him what he thought of it. Tears streaming down his face, Robinson replied: "Madam, I am the poor unhappy man who wrote that hymn many years ago, and I would give a thousand worlds, if I had them, to enjoy the feelings I had then."
Nevertheless, for myself, noting the mention of blessing and mercy and the Precious Blood of Jesus, and the apparently genuine humility expressed by the writer, I can't imagine that the God of Love could ever forsook Robert Robinson -- or us! Which is probably why my heart was "struck anew" this morning!
Posted by Harry Allagree at 3:49 PM