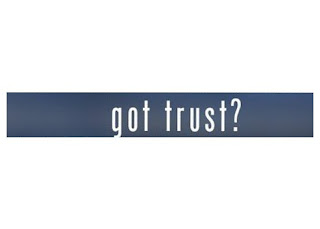 If you’ve never done so, it might be fascinating to take one of your favorite Sunday Collects and trace the history behind it. The one we prayed together this morning, an ancient collect entitled “For Cheerfulness”, was included in the appendix of a collection called Ancient Collects, which was put together in 1862 by The Rev. William Bright. Bright, who died in 1901 at age 77, on the cusp of the 20th century, was Regius Professor of Ecclesiastical History at Oxford, and Canon of Christ Church. The Rev. Dr. Marion Hatchett, author of the wonderful Commentary On the American Prayer Book, notes that the Collect had been printed in the 1928 Prayer Book “among additional family prayers”, and that it alluded to passages from three Epistles: 1 Timothy, Philippians, and 1 Peter. “In the Gospels,” Hatchett says, “the antithesis of faith is not doubt but fear, for faith is essentially trust in God’s love and care.” Having heard the three Scripture readings proclaimed this morning, it’s fairly easy to discern that that is the general theme.

The Collect outlines in the first sentence God’s will for us: to give thanks for all things; to fear nothing but the loss of God; and to cast all our anxiety and concern upon God who cares for us. In the prayer, we further ask God to preserve us from: faithless fears; worldly anxieties; and clouds of this mortal life which hide from us the Love which is both immortal, undying, and which is embodied in the person of Jesus the Christ, and which is the basis for our ultimate trust and faith in God.

The writer of today’s Isaiah passage (Isaiah 49:8-16a), whom we call “2nd Isaiah”, was likely one of those deported in the Babylonian Captivity of the Jews (586-c. 538) and is writing probably around the mid-500’s BCE, during the reign of the last Babylonian ruler, Nabonidus. 2nd Isaiah holds out consolation and hope to his people, referring to an unnamed servant of God, probably the Persian Cyrus II, the Great, who later released the Jewish people to return to their homeland. Quite to the amazement of the exiled Jews, God has chosen this Gentile king as God’s instrument, God’s servant, to embody both God’s own righteousness and compassion. “I have answered you...I have helped you.” Through Cyrus, God will “lead them...guide them”. Nevertheless, humans being humans, many of the people are reluctant to buy Isaiah’s message; some outright resist it. Doubts, “faithless fears”, and “worldly anxieties” refuse to give way in many hearts. “The Lord has forsaken me...forgotten me.”

How often don’t you and I experience similar feelings the minute something goes wrong in our lives: the minute our brilliant plans are side-tracked or hit a wall, the minute that the lives we’d envisioned for ourselves, of happiness, success, good health, suddenly take a sharp turn and we find ourselves moving in directions we’d never have chosen for ourselves? Yet, just as with the lonely, forsaken Jewish exiles, God, like a mother who lovingly nurses a hungry child or showers it with compassion when it hurts itself, often sends us someone(s) in our distress, someone(s) whom we’d never have imagined or to whom we’d never think to reach out. “See," God says, “I have inscribed you on the palms of my hands...that’s how much I care.” In those moments when we realize that God has, indeed, not left us forsaken we find that it becomes easier, as the narrator of Psalm 131 says, to “still my soul and make it quiet, like a child upon its mother’s breast…” In the quiet of our soul we learn to “wait upon the Lord.”

Christopher Seitz has written: “Moses cut a covenant; the servant is a covenant.” Speaking to the Christians at Corinth, St. Paul, in the second reading (1 Corinthians 4:1-5), reminds them that Jesus called them to exercise their faith as servants and stewards of Christ and of God’s mysteries. In another place, 2 Corinthians 5:18-20, says that, as servants/stewards, we are called to “the ministry of reconciliation”: we’re sent as “ambassadors for Christ”. The job description for a servant/steward of God’s reconciling compassion and love, Paul says, is simple: be trustworthy, and don’t be judgmental. He notes that he doesn’t even judge himself: something which a good number of us, I suspect, haven’t yet gotten the hang of! It’s God, Paul says, who’ll “disclose the purposes of the heart” for every person, because only God sees the complete picture. Our commission is simply to live as an ambassador, an authorized representative or messenger, of God: the word coming from the Middle English, the Anglo-French, and ultimately the Old High German ambaht = service. Ours is the service, in God’s name, of bringing hope and consolation, of restoring faith for our sisters and brothers, in the face of fear and “worldly anxieties”.

Matthew’s Jesus, in the Gospel reading (Matthew 6:24-34), reinforces this theme of the other readings. Jesus‘ statement, “You cannot serve God and wealth”, however, can lose some of its rich depth for us if we take the word wealth too literally. What Jesus really seems to be addressing is what someone has called “the acquisitive spirit”. When you and I aren’t able to set our hearts firmly on God in Christ, which is what faith ultimately means, our resulting fearfulness manifests itself in inner anxiety, distraction and worry. And so we attach ourselves to and lose ourselves in all sorts of things. It’s very much what the exiled Jewish community did back in the 6th century BCE: “God has forsaken me.”, “How’re we going to get out of here?”, “Can we trust this Persian guy?” The concerns of folks in Jesus‘ time, often the same as ours today, may take more immediate, earthy forms: “How’re we going to survive?”, “Where will the money come from to buy groceries?”, “How can I afford to buy new clothes?”, “Who’ll take care of me if I become ill or when I grow old?” Jesus‘ solution, then and now, is to focus on today, on detaching from all our anxieties, distractions and worries, and attaching to Jesus and the coming reign of God. “...Indeed your heavenly Father knows that you need all these things...but strive first for the reign of God and God’s righteousness, and all these things will be given to you as well…” Pay attention to your ministry of reconciling all things in Christ, of embodying for those in your life God’s compassion, justice and love, and the rest will be taken care of.

Scripture scholar Robert Hoch expresses it this way: “My sense is that most of us have not seen the world in a very long time—at best, we are passing through the world at the speed of a blur, our wake of wind creating untold turbulence and roadkill, passing enormous swathes of land and ways of being with barely more than a nod. We think our cars, rigged with GPS, power windows, and heated seats are symbols of our worldly import, justifying the urgency of our tasks; maybe they are important, but what about the hour itself, what about the land we live in, what about the community to which we belong? Matthew's Jesus says twice, ‘look’ and ‘consider’...Our ‘worry’ and ‘anxious’ labor are symptoms of a people detached from what is true and what is lasting and what is deep…”


Most loving Father, whose will it is for us to give thanks for
all things, to fear nothing but the loss of you, and to cast all
our care on you who care for us: Preserve us from faithless
fears and worldly anxieties, that no clouds of this mortal life
may hide from us the light of that love which is immortal,
and which you have manifested to us in your Son Jesus Christ
our Lord... Amen.
Posted by Harry Allagree at 6:39 PM